Ho-kay! Super duper, team! Way to go! Can you believe it’s been 100 posts already?! Actually, I’m sure the big time bloggers average close to 100 posts every 2 months. Me? Close to 2 years. Muahahahaha!

In true fashion of this website, I’m going to touch on something from each of the categories I post about. Let’s sit back, put your hand down your pants (if you’d like), and bask in my self-perceived gloriousness.

I was given this idea from a friend on Facebook. My guess is that she didn’t think I was going to take this subject in the direction that I am…

Now, after google image searching bumpits, I see that “good girls” are rocking bumpits too. Here’s the thing. I think they’re f*cking liars. I think they are pretending to be good girls, when deep down inside, they really just want to let their inner trash out. To be completely honest, I think that’s pretty hot too.

So, chicks, if you can pull off a bumpit, that’s like a big target that says, “come and get me; I might even let you try some things you’ve never done before.” You may or may not want to reconsider wearing one now knowing that bit of knowledge. 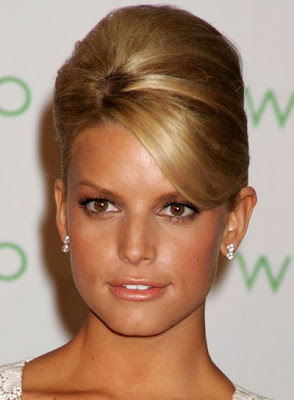 Perfect example of only pretending to be a good girl.

Apparently I have a lot of raunchy followers and friends. First you have to know what PREveryday is though…

PREveryday is the hashtag that we (The Movement clients, coaches, and candidates) use to report that we hit a new PR everyday using the Biofeedback/Gym Movement Protocol. Basically, every time one of us or our clients step into the gym, we will see improvements in our lifts every single time…as long as you’re doing it right.

Here’s where the durrty moves in….

Someone would like to know how PREveryday applies to their sex life. Ok, I can do this.

The first part of the protocol is testing. You could probably skip this test because I have never had sex test bad. I was once told that sex is like pizza. Even when it’s bad, it’s still good. So obviously, it’s going to test well.

Now, should you have an equally as nerdy partner(s), they may let you test multiple positions. I can’t see this going well, nor have I ever tried, but it can be done. I won’t get into the details, but I would actually bet that you’d find one position that tests better than the others, as far as movement is concerned. However, it may or may not test the best for your partner’s satisfaction. Just take that into consideration….

Progressing. We, track our movements in terms of volume, density, and intensity. Volume could be the amount of time spent going at it or the number of times you “achieve”. Density, would be the number of times you “achieve” within a given amount of time. My guess is that women wouldn’t be too fond of a good density number. Intensity? Hmmmm….I’m not sure. I have an idea, but this post is already way too dirty. I’ll let you use your imagination.

Moving on (and geting our minds out of the gutter)….

Say what?! I recently had a chat with fF about nutrition. This really deserves an entire post by itself, but I am going to be doing some really weird things with my diet. Don’t be surprised if you see something about going a whole day without drinking liquids or 2 day fasts. I haven’t planned any of it out yet, but there is absolutely a reason to do this, and it has nothing to do with intermittent fasting or optimizing biological mechanisms.

Most of my RL (that’d be “real life”) friends give me a very hard time about my online, twitter life. In fact, anytime I go some place with them, it is declared: “Hey, Dave! This is a tweet-free zone!!” So, for the few RL friends that read this, they will most assuredly give me a hard time the next time they see me.
Now, these are people that I either interact with a lot or just people who’s tweets I enjoy reading. (I’m leaving out all of the Movment people since I just pimped them last week.) There are many more people, but I can’t list them all. 🙁
Also, please note how few “fitness people” I interact with. I just don’t agree with most of them. So sad. Anyways…
The Chicks…

anacitab – She will probably follow you back. She’s not a fitness personality, but she listens to some pretty rockin’ music and makes sure to let you know what she’s listening to.

ClaireV05 – I have to mention Claire because she’s my first online client. (what, what!!) But we were twitter friends long before I con’d her into paying me money. If I ever feel like getting my butt kicked in soccer while going into hypobaric induced asthma attack in Colorado, she’s the one I’ll be calling.

CarrieNyden – This girl is just straight up outta control. She knows her shiz about strength, conditioning, and nutrition. She even placed in her very first Figure Competition. (Though, I won’t fault her for that.) She absolutely loves wine and the male body. When she has too much wine, all hell breaks loose.

Lizzio36 – She is the queen of randomisity. Also a metal-head, drummer wannabe, personal trainer, and thinks she’s more awesome than me. So I guess that makes her delusional as well.

vinv22 – I mention him quite a bit in my posts so I won’t say much. He’s a fellow strength coach as well as my cousin from Venezuela. People think we look unnaturally alike.

noogles – Craziest mofo I will probably never get to meet….because he lives in Brunei. His family has roughly 13 cats, but he said it used to be more until he ate some of them. Haha! See! Crazy bastard. (P.S. I *think* he was kidding.)

fatness2fitness – He’s a kettlebell’er, RKC, and paleo member so we don’t see eye to eye on many things related to working out. However, he’s still good people’s and we bounce marketing/business ideas off each other. Some day when I’m not so lazy, I might actually follow the advice he gives me. Bahaha!

Jstadt7 – This is the punk that thinks he’s going to beat me in a deadlift race to 450. (Another delusional soul.) He’s pretty good people’s too and quite hilarious. Rumor has it that he might be heading up from Illinois to The Movement Minneapolis for a weekend bro-a-thon with me.

I know for sure I interact with many many many many more people, and I’m really sorry I can’t mention you all. Just know that if you reply to one of my tweets, you will most likely get a reply back too. Love you all very very very long time. Without twitter, I wouldn’t have nearly as many people reading my website. Twitter is my #1 referrer. Thanks erryone!