Let’s not try to downplay this.

(even when I didn’t realize it) 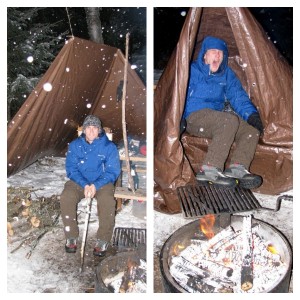 It all started with a trip to Minnesota’s North Shore (of Lake Superior) to celebrate New Year’s Eve. We (Anh and I) spent 4 days and 3 nights camping in subzero weather. Believe it or not, this is [one of] our ideas of fun and definitely does not deter me from gourmet campfire cooking.

Here’s an intriguing thought: You’ve been climbing for less than a year, you miss competition in your life, and there happens to be a local climbing comp. What do you do? Enter it of course! I climbed in the Passion for Flashin’ competition in the Advanced division (5.10b-5.11b) and ended up getting 18th out of 43…because I ran out of time, not because I couldn’t make the climbs. I’ll take it! 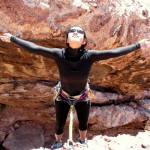 Then I noticed I was filling up on vacation time at work so we decided to plan a destination climbing trip. Red Rocks in Vegas in late February seemed like an obvious choice, and I accidentally lead my first 5.10’s outdoors. 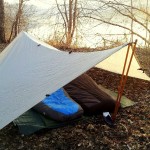 Upon our immediate return to the Midwest, we had an unseasonably warm month of March. It almost makes me regret writing that March is the worst month of the year. Almost. We climbed every weekend that month, including a trip down to Blue Mounds State Park in southern MN. I didn’t conquer anything notable that trip, but it was great exploring a new crag, and we had awesome camping weather.

April kind of sucked. It was cold, much like March was supposed to have been. Due to all of the outdoor climbing (all single-pitch, no endurance routes), my gym climbing suffered. When my endurance returned I found that my footwork was NOTICEABLY better (thanks to climbing on real rock). I quickly progressed to leading low 5.11’s and on-sight, top-roping upper 5.11’s in the gym. I know, I know, that doesn’t’ count. Remember, I had only been climbing for barely a year at this point, mkay? 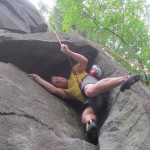 May was just kind of “eh” for climbing. Got out of my groove and only went to the gym sporadically. The few times I went outdoors, I didn’t really feel like I was accomplishing much. I was starting to question my “self-imposed climbing progression schedule type thing”. Upon further reflection, I had realized that I had flashed more 5.10’s outdoors at the Taylors Falls (TF) crag in a month than the previous year combined. For me, most of the TF 5.10’s feel more like gym 5.11c’s and d’s. So, guess I can’t be too mad about that.

In June, we spent more time at the TF crag and made another trip back to Blue Mounds with a whole herd of humans. It was there that I flashed more 5.10’s in a single weekend than ever before. That was also the weekend I wrote the infamous (right?) Columbia Compounder Shell review. 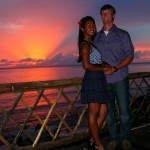 I also seemed to have had a pretty cyclical pattern of consistent climbing for 2 weeks, and then not doing anything for 3 weeks. Again, I was starting to question my own progression. And again, it wasn’t until I thought about it, that I realized I was beginning to boulder V5’s and 6’s (indoors). I certainly wasn’t doing that before.

Oh, and we spent 10 days in Cozumel, Mexico. 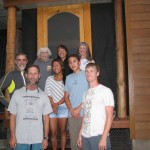 We made our annual 4th of July trip out to the Black Hills once again with or AMAZING friends Steve and Cecilia Johnson, their son Grant, and “The Condie’s” with their son and his girlfriend (at the time). Steve has been climbing since the 70’s (sorry, Steve), and we got to meet his climbing partner from back in the day. It was fun to see those dudes still leading and following “Black Hills 5.9’s” and telling stories from their prime years. We also got to meet Living Climbing Legend Jan Conn. Jan was the first female to free climb Devil’s Tower [with her late husband Herb]. I’ve got a whole separate post just about that so you’ll just have to wait. 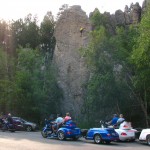 I lead my first 5.10a out there called “Loss of Sensation” aka “Sport Fucking”. Some guidebooks rate it as a 5.10d; Mountain Project is the one giving it 5.10a. I have to agree with the guidebook. It was f*cking scary! I think the people of MP were off the intended route. No freakin’ way that was 5.10a. Steve agrees, and that’s good enough justification for me.

I also lead my first trad routes out there. It was a 3-pitch climb called “Retable” in the Inner Outlets area by Sylvan Lake. Can’t say much more than that because, again, it’s a whole ‘nother post. 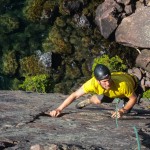 In August, I made my first trip up to “The North Shore” strictly for the purpose of climbing and camping. Anh was off by herself being the most of extreme badasses so I went with a couple of other friends. For those of you unaware, “The North Shore” (Tettegouche State Park aka Palisade’s Head and Shovel Point) is tied for Midwest’s premiere crag with Devil’s Lake in Wisconsin. Nothing of note here, just a lot of fun! 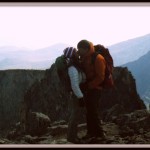 The weekend immediately following that, Anh and I returned to Cloud Peak. We summited this time and plan on never going back!

We also went back up to The North Shore with more friends. Anytime we go with this group of people, we prove we are the best potluckers in the Midwest.

October was more cyclical climbing/not climbing nonsense. I also started my job search to move to more mountainous locales. Somewhere amongst that, I lead my first 5.11a at Willow River in Wisconsin. Ok, MP rates it as 5.10d, but the consensus is 5.11a. Just give it to me!

Moving on…we also made our other annual climbing trip with the Johnsons down to Devil’s Lake. Devil’s Lake, much like The Black Hills has outrageous route ratings. 5.6’s in DL is about a 5.9 in the gym. Last year (2011) I was unable to send anything 5.8 or above. This year I got at least one 5.10a. And just like The Black Hills, a 5.10a at DL is a great feeling.

Other than my trad leading back in July (once I write that post, you’ll see why it doesn’t really count), I had only done 1 mock trad lead before in my life. But, I had also just purchased a full set of cams, and I was dying to use them. I lead my first legitimate trad route, a 5.4 called “Queen’s Throne”.

Very little climbing…anywhere…anything. A LOT of getting a job in Boulder, CO.

We did, however, camp out and spend the night waiting in line for a limited beer release called “Darkness” from Surly Brewing in Brooklyn Park, MN. The beer and the event has gotten so big that it’s now called “Darkness Days”. It was tons of fun and damn near merits a trip back just for that weekend.

Applied to become a member of EVOLV’s Grassroots Climbing Team

Already in 2013, I flashed my first 5.12a indoors, top-roping, moved to Boulder, and made the EVOLV team. Trust me, there’s much more in store. Stick around. 😉