The Biggest Mistake I Made on a Ten Week Road Trip

What could possibly go wrong? 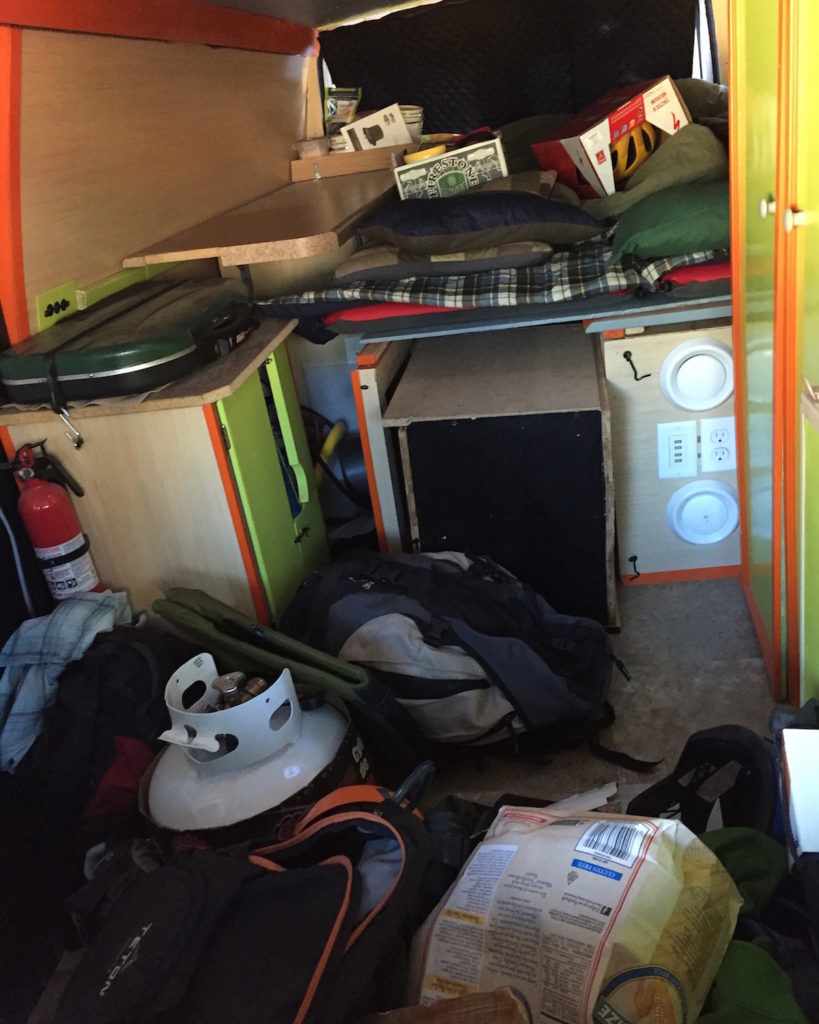 Nope. Nothing could go wrong with a messy van like this.

With VanLife, there’s a lot that can go wrong in 10 weeks. Especially in a van that has broken down quite a bit and seems to eat money just as fast as I can make it while freelancing. I first suspected that maybe the transmission was starting to go out, but a mechanic said it’s fine. Now maybe it’s the clutch. I don’t know.

Then there’s the things I’ve done to it. Like drilling 24 holes in the roof to mount solar panels. Or cutting a 14″x14″ hole out of the roof for the vent fan. Or cutting an 8″x21″ hole in the side of it for a refrigerator vent. Needless to say, I’ve done some not-so-minor modifications to this thing.

Or maybe getting stopped at the border crossing in and out of Canada. I mean, I do have Colorado plates (known for its marijuana laws), and there are tons of cabinets, drawers, closets, and hiding spots for illegal items. I was also traveling with a Spaniard that had no proof of entering the U.S. Or Canada when re-entering for that matter.

And yet, none of those things posed a problem.

My biggest regret is not my biggest mistake.

My biggest regret is that I didn’t plan specific days to do specific things in specific places. Not every single day of 10 weeks. That would have taken the fun and flexibility out of being able to stay some places longer if we liked them or leave early if we didn’t. But still, we found that days we had nothing planned, we typically didn’t do as much as we could have. We’re not huge fans of day hiking, and the lack of planning also meant we didn’t get any of the good permits ahead of time.

The Biggest Mistake of the Road Trip 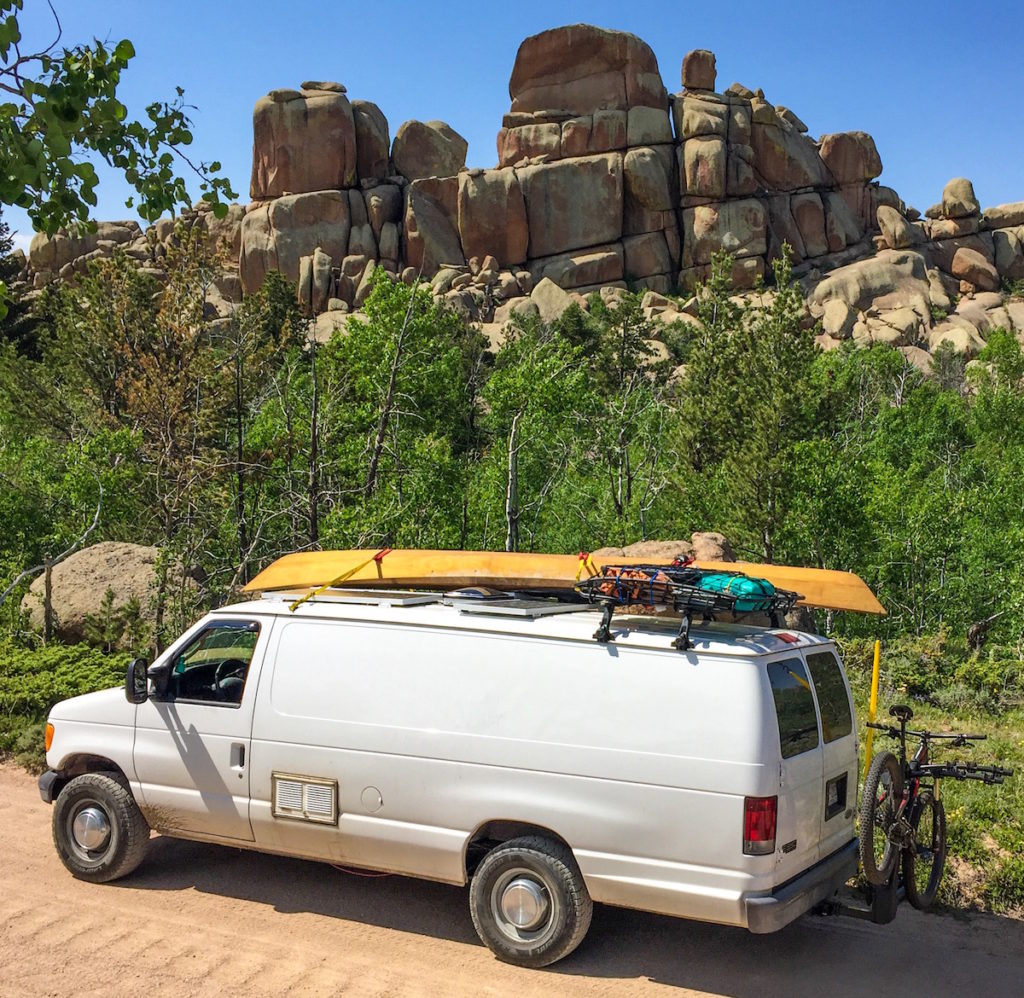 The biggest mistake was not having a kayak or fishing gear.

When I was planning the route of this road trip, I purposely chose destinations with a lot of lakes, rivers, and oceans, but it never occurred to me that I could have done more than just swimming and laying on a beach. The thought of a kayak did cross my mind since I had to deliver one to my friend in California, but after hauling it from Colorado, I didn’t really want to have it on the roof the whole time. Plus, it covered half of my solar panels.

Of course I’ve heard of folding kayaks like Oru, but I never once thought about getting one. With significant time in Big Sur, Mammoth Lakes, South Lake Tahoe, Squamish, and the entire West Coast from Olympic National Park down to San Francisco, it would have definitely gotten a lot of use. On top of that, I could have folded it up and put it on my roof rack, not taking up space in the van or covering my solar panels.

Growing up in Wisconsin, specifically growing up on lakes and rivers in Wisconsin, fishing was a major source of entertainment and food. You’d think while planning to spend all that time around highly fishable bodies of water I might want to consider getting some of my old fishing tackle out of storage or at least learn to fly fish and pick up a beginner’s package.

It wasn’t until I was driving through Southwest Montana on week number 10 that I realized I could have had some other activity to help entertain myself and supplement the grocery budget. Well, now I know. Time to start looking for some fishing gear. 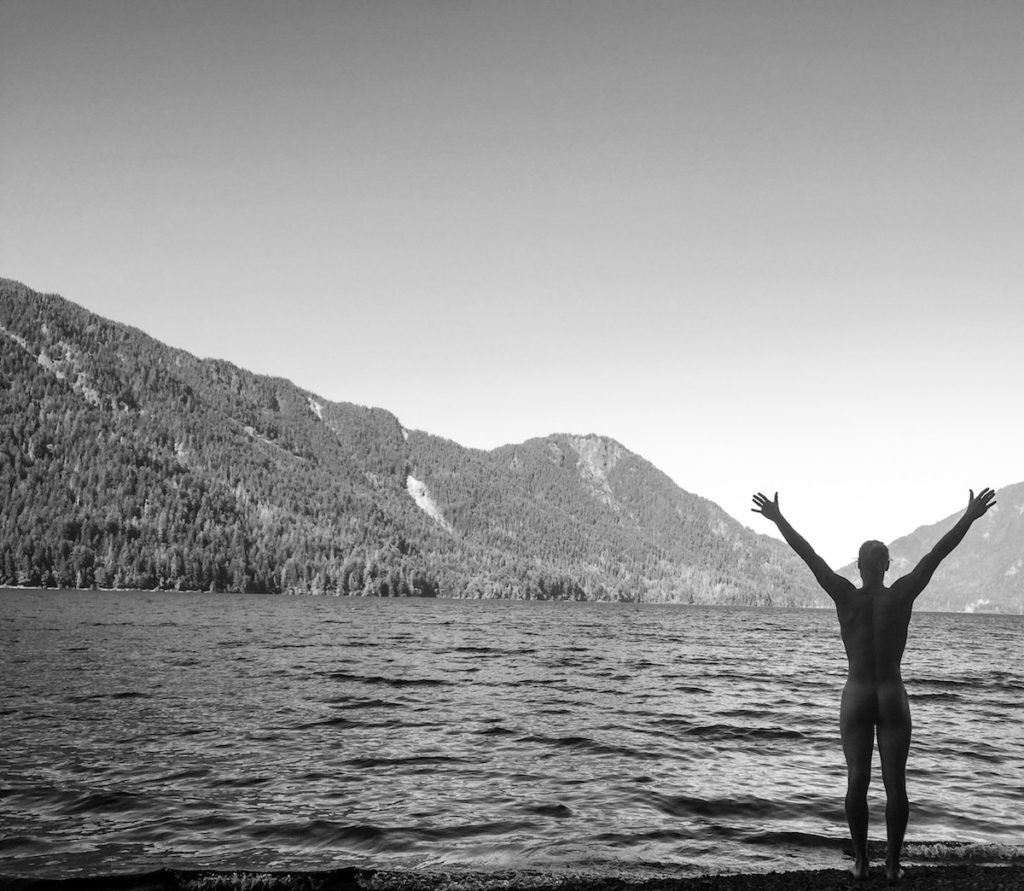 Lake Crescent seemed like a good place to dangle a worm.