Here are a couple of people I have helped change their bodies and change their lives. These are their before pictures. Click through for the after.

Derrick: “I’ve lost 80 lbs.!!” Derrick and I “met” on a motorcycle forum several years ago (back when I actually had a motorcycle). I had no idea what Derrick looked like at all. A little over a year ago (barely) he reached out and asked his first of many many questions. Haha! Like “Anonymous” below, Derrick wasn’t an actual client either. He asked very good questions; he asked a lot of questions; and he took action for himself. Am I taking credit for his results? Maybe. But as he explains, I was his primary source of information. There, that makes my ego feel better.

Anonymous: “I lost 40lb. in 2 months” This reader wants to remain anonymous so obviously I’m going to respect her wishes. As she gets closer and closer to her rockin high school body, I’ll see if I can’t coax her into sending me before and after photos for the site. Until then, you’re just going to have to trust that she is a real person and that I didn’t just make this up. Hahaha.

Read about her story here. 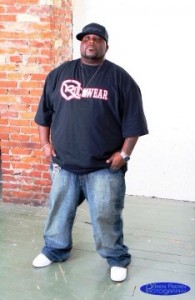 Tony needed to change his life, and he needed to change it fast. Three seperate doctors told him that if he didn’t start losing weight, his life could be in jeopardy. He’s extremely busy and doesn’t always have time to train, but by following my suggestions, he has lost over 50lb. in 8 months so far.