Editor’s note: Jay and I “met” via Twitter in 2010. He’s been my web designer since I was “Athlete Creator”, then “Dudes With Tents”, and now “Low Gravity Ascents”. Unlike me, who’s fussy, picky, and sporadic (making him start 2 other websites I never followed through with), Jay is an ideal distant client. As he explains, I’m not there to hold his hand and make sure he’s doing everything I say. I just have to hope he follows through, stays motivated, and asks for help when he needs it. As you can see, he does all of those things. Thanks for being a great friend and a great client, Jay! Hope the rest of you enjoy his story… 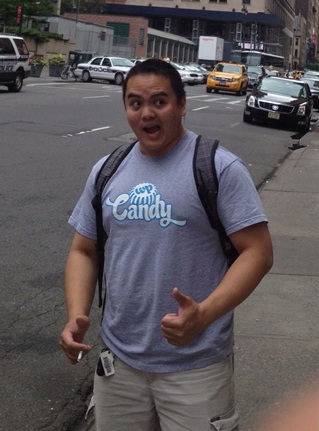 I have been hitting the gym since 2008, with the (losing) attitude of merely fighting off the ravages of a sedentary lifestyle brought on by a long commute and a desk job that allowed for way too much time of mindless eating. I was strong because the sheer mass let me move weights that I wouldn’t even try now, but I didn’t look the way I wanted. I wanted to look lean, I wanted to have the sillhouette of someone in shape, and yes: it’s totally something that’s made popular in culture and by you. I’m not sorry I aspired for it.

I came across Dave on Twitter in 2010, and I had reached out to him because he cut through a lot of the BS that was floating around in the fitness industry. (And that is enough subject material for its own site.) He irreverently called out peddlers of “broscience.” And he’s in great shape, then as now. So I asked him for a few pointers at first. And at first, I was stubborn and didn’t really follow what he said.

When I got sick and tired of being sick and tired, I opened my mind again, and asked Dave again. And he gave me the same pointers: “try out intermittent fasting,” he said. “I couldn’t possibly hold out for 18 hours,” I complained. But Dave walked me through the process of taking baby steps. There was no need to dive right into 18 hour fasts. So I tried 12 hours at first. And every day I moved the clock a little. Half an hour at a time until I was able to function on an 18 hour fast every day. And day by day I saw the fractions of pounds just slowly but surely shed off.

At the same time, I asked Dave about my lifts. I’ve been lifting willy-nilly, following such formulas as “four sets of eight,” or “five sets of twelve,” and really, wasn’t going anywhere. He introduced me to biofeedback and Adam T Glass’ Gym Movement, and a very scientific, methodical way of testing whether a particular lift was leading towards your goals. As I was losing fat weight, my musculature was still growing. My shoulders started rounding out, and my already bulky legs started gaining definition. My back was getting broader, as was my chest.

I was burning fat and gaining muscle, simultaneously. I wasn’t going through “cutting and bulking” cycles, nor did I put myself through unsustainable dietary restrictions at any time. I ate what I wanted, in the time frame I had alloted to keep with the fast, just keeping calorie counts and rough macro proportions in mind. I bought a kitchen scale and I realized just how tiny a serving of pasta was and how many calories it dumped into you.

Where was Dave in all of this? He checked in and followed up. And that’s the thing about folks who choose distance training: it’s all on you. He wasn’t around me at the gym to “motivate” me by shouting in my face about how weak I am. And even if we lived in driving distance of each other, I know he’s not that kind of “trainer.”

Dave, as my distance trainer, served as the mirror that can only tell the truth. He’d review my workout routine and logs and ask me: “why do you choose that movement,” and when I don’t have an answer, I realize that it didn’t serve my goals and I would find something else instead. He also paid attention to my social media updates and would call me out when he saw something that didn’t make sense to him, or perhaps could have been done differently in order to be more effective.

Time is not fungible, and gym time is priceless. Dave helps by making sure you don’t waste that time. 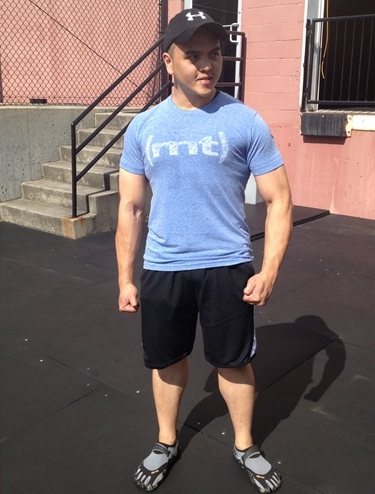 I am now training to enter a physique competition. I want to do it by next year. It’s going to take much harder work than what it took to get to where I am now. I am not an after. I am still a before. There’s more work ahead, and I know my distance trainer will keep me on track.