Know When to Cut Your Losses

There was this one time someone called me stubborn. It’s a very good super power to have when used for good and not evil.

But that’s bitten me in the ass more than once.

The most notable and life changing situation in which I wouldn’t give up was the time I owned three rental properties in TX, one duplex and one house. When I bought them at the height of the bubble, right before it burst in 2007, I was living in TX. I was managing them myself and had steady renters. Then I moved away. The house sat empty for an entire year, and I couldn’t sell it. Not because I didn’t want to, but because no one would buy it. The duplex had people in and out, but there was a lot more out than in. 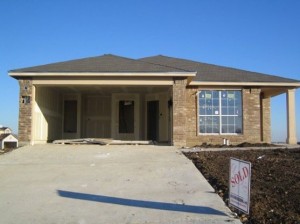 All-in-all, the fiasco lasted 4 years. I lived on my credit card. Not because I was frivolous, but because I needed to pay my bills.

Late in 2011, I finally cut my losses. I bit the bullet and financially walked away from the house. I was foreclosed on.

Shortly thereafter, I was able to sell the duplex. I didn’t make any money, but I was lucky enough to sell it for just enough that I didn’t need to bring any cash to closing. I had no cash anyways.

I’ve never actually calculated how much I lost in that turmoil. Between principle and interest, taxes, mortgage insurance, lack of renters, and all the ensuing credit card debt, the total has to be close to $50k.

My stubbornness got me into trouble by not listening to people that told me to not buy. It got me in trouble by not walking away sooner. And other than the mark on my credit report, it’s the reason I recovered, am debt-free, and able to take control of my life and decide to live in a van in just 2 years.

Could you imagine if I had said no earlier?

How different could my life be?

It’s always easy for me to point out and recognize when corporate management is going down the wrong path at work. They make terrible decisions. Decisions that might help today, in this hour, but ultimately cost the company thousands (or even hundreds of thousands) the very next day. But when it comes to my life? That’s more difficult when I’m so set on accomplishing something no matter the cost.

Does that sound familiar?

Cutting your losses are usually the most tormenting and painful decisions you have to make. They’re not easy, and sometimes they’re not by choice. But we all get to a point when they have to be made.

I spent over $4,000 trying to make this van my home. And then I found major engine problems after taking it to a mechanic.

There were a lot of things wrong with it, but ultimately it came down to three options:

Option 1 was a no-go for what I already said: I have no idea what my financial situation will be a year from now.

Option 2 was very attractive, but due to my work schedule, I’d be 100% relying on friends to get everything done for me. That’s too big of a job for me to feel comfortable asking someone to do for me.

Ultimately, Option 3 was all that was left.

It was tormenting and painful. It was hard to give up on a project I had already stuck so much money into. Not only am I going to lose most of that money, but now I have to spend even more on another van. And I still have to renovate the interior.

I think many of us focus on the negative. I know I do. And I think it’s ok to do in healthy doses. There seems to be a movement in which everyone thinks everyone should be happy all the time and there is no room in anyone’s life for any hint of depression. I find that to be delusional and out of touch. I also think if you try to force that state of mind, you will crash harder, farther, and deeper if something catastrophic were to happen where you can’t fake your happy way out of it. If you don’t know how to accept, and face, small doses of negativity, what are you going to do when something truly terrible happens?

But with the negative comes the positive.

Yes, I found a new van. Yes, it cost me four times the amount of the original one. And yes, I still have to renovate the interior. It would be easy to dwell on the financial loss. I did. For awhile. But now that the shock of losing one van and having to buy another has passed, I can see the true blessing in disguise (at least thus far).

This van is already mechanically sound. I could get in it right now and drive back and forth across the country without any hesitation.

It’s more livable. While the Savana has a high-top, I still couldn’t stand straight up. The Ford doesn’t have a high-top, but it is a whole 14″ longer. The Savana walls were 90% window. Not only is that hard to insulate, but it doesn’t leave a lot of privacy either. The Ford has no windows, and the previous owner coated the interior with Line-X or Rhino-Liner (or something similar).

The only thing left to do is insulate the walls, build it out, and start living my life.

These are just two examples from my life, but I’m sure there are many more. What about yours? Can you look back at a situation and say, “yup, I should have cut my losses when I had the chance.” Can you look at your life right now and learn from your previous mistakes? Are you in a situation that you know you should get out of?

There’s nothing wrong with making mistakes, but don’t keep making the same mistakes. Sometimes you just have to cut your losses and move on to something much more positive. No matter how much it may hurt at the time.