In a little less than 4 weeks, I, the sole contributor of this website, will be embarking on an epic journey out West to Cloud Peak in Wyoming and back to the Black Hills in South Dakota with my girlfriend. She will be providing the tent. Again.

As of right now, we plan on leaving for Cloud Peak on Sept. 2. We should get there by Saturday morning and sleeping along the shores of Mistymoon Lake all day Sunday to get ready for our summit. Right now, the plan is to leave basecamp late Sunday night so that we can watch the sunrise over the mountain range.

I talked to someone at the main office, and he mentioned that there are no marked trails inside the Cloud Peak Wilderness Area, which is separate from the rest of Bighorn National Forest. This could be interesting. No marked trails and no beaten pathways since, you know, it’s on a mountain, and it’s really hard to beat a pathway into rocks. He also mentioned that snow is a possibility.

Let’s also add that Cloud Peak is a “Thirteener”. Meaning, the peak is above 13,000 ft. This should be interesting as well. I don’t think I’ve been above 3,000 before. I’ll be sure to bring several barf bags for altitude sickness.

Last addition: bears, beets, Battlestar Gallactica. Ok, not all of that stuff. Just bears and cougars. The park dude told me there have been no negative animal interactions….but not “no animal interactions”. So I guess that means we’ll be singing Britney Spears whilst we hike up the mountain to let Yogi Bear know we’re coming. 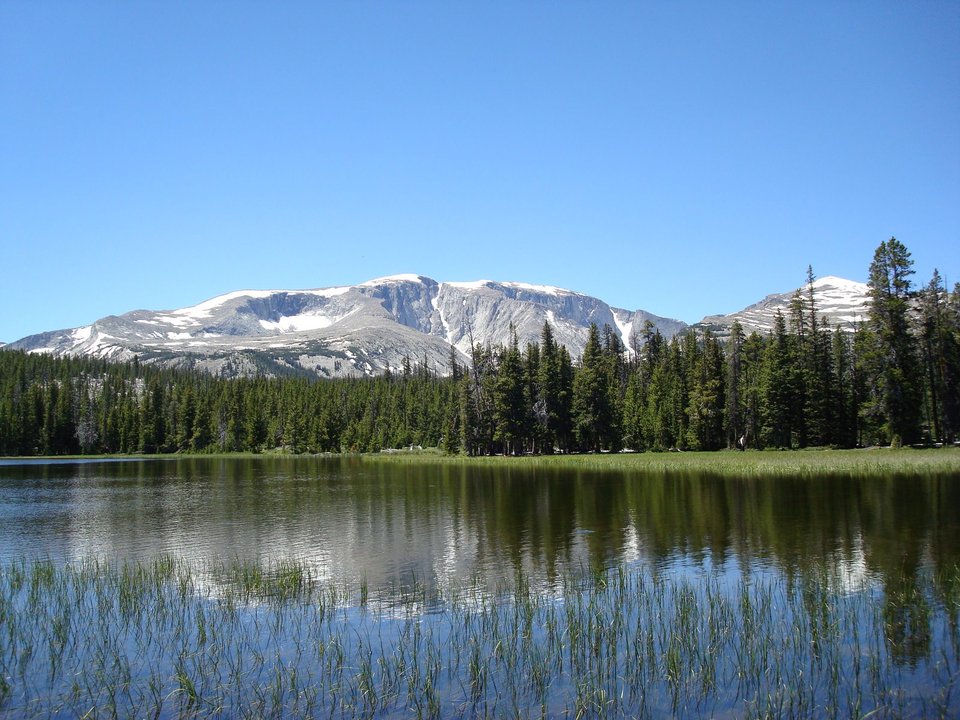 Mistymoon Lake with Cloud Peak looming ominously in the backdrop

Let’s add all of this up:

If that doesn’t sound rad to you, I don’t know what else I can say. You. Need. Help.

Anyways. We’ll hike back down that sumbitch, take another day to recover, and head back to the car. At which time we will embark on the second half of our journey back to the Black Hills for some rock climbing. (I may also try to convince my tent provider to stop in Deadwood, SD.)

Depending on how well we can actually stick to our mountaineering schedule, we may get to climb for 1 or 2 days. It will not be as epic as last time because we won’t have our most awesome guide, Steve, with us. This means I’m going to have to buy a Black Hills Climbing Guide so I can figure out which routes have existing anchors. And of course, which routes we actually have the ability to climb. That’s kind of a big deal.

And that’s it. That’s our tentative plan for Cloud Peak and the Black Hills as of now. Obviously I will have another photo-bomb and recap for you when we get back.