I’ve had a lot of thoughts lately, which is unusual for me. So today I’m going to get them out in a “random thoughts” post. I could (and have) tweeted the short version of these thoughts, but they really require more than 140 characters to completely understand where they’re coming from and why.

Let’s start with the short and easy one: Snowboarding. 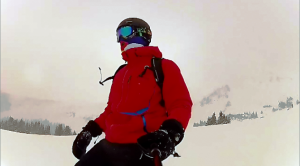 I’d really like to dedicate a whole post to this, but let’s be honest; I’ve only gone six times at resorts and don’t really do anything special. Yet.

I rented a board the first two times I went to see if I would actually like this game. Turns out, it’s the winter mistress of summer climbing.

I bought a Niche Story snowboard from TheClymb after Steve convinced me. I paired it up with Union Atlas bindings and Ride Triad boots. (That’s a lot of links, eh?)

As I said, I’ve gone six times and have already found some black diamonds and learned about the awesomeness of tree runs. That’s a whole ‘nother kind of distress. I hope there’s at least one more powder day before the season ends. Otherwise, I don’t plan on going again until next season. Super sad salamander.

I didn’t/don’t really know anything about Sneaker Report, but they have 36,000+ ‘likes’ on their facebook page, so that’s at least something legitimate, right? Suuuuure…

STOP WITH THE PERFECT FORM DOGMA!! 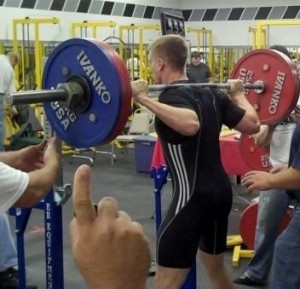 By forcing yourself into going slow and controlled, focusing on strict form that some imagined “form police” put in place, you are severely limiting your potential. I really have a hard time accepting that though. It’s in my nature to get people the best results as fast as possible. And if you’re unwilling to let go of your belief and listen to some science, it’s impossible for me to do that. And that also makes me sad.

I may dedicate a whole post to this someday, but it’s really really hard when my buddy Adam T. Glass has already published four INCREDIBLY written posts on the subject. I’m almost certain I can’t say it better, but maybe it’ll hit me someday and I can say it differently.

If you subscribe to the perfect form dogma, please, please-please, please take the time to read all of these and open your mind, if only for the moment. Please.

And if intelligently written words aren’t your game, check out this satyrical, but completely accurate, video from the owner of the gym I used to train out of in Minneapolis:

And for you kettlebell fans familiar with Comrade Pavel, I find this one to be utterly hilarious:

At the risk of being considered passive, I will admit the ensuing tweet I sent out yesterday was inspired by a commenter on A Colorado Gal’s post, Workout Fail. You’ll have to read her post for the context, but someone said they sometimes walk away from a crappy day in the gym (rightfully so) unless it’s an “essential” workout.

Here’s the my tweet after thinking about that comment for a bit:
“Essentially, there’s no such thing as an essential workout unless your, or someone else’s, life is at stake.”

Remember, there’s always tomorrow. There’s no need to put undo psychological stress on yourself just for having a bad day. Say “screw it”, go home, play with your kids, and get ready to crush it the next day. More people need to walk away and STOP “gutting through it”.

Speaking of Psychology and Performance…

This was also inspired by her commenters. And no, I am not picking on Heather or her readers. I’ve been in the strength, fitness, and nutrition game for over 10 years. I’ve seen these same types of posts and same types of comments the entire time. These are just the most recent examples, but they are not unique. Anyways…

Psychological stress plays a huge part in your performance. You can see many examples in her comments of people saying, “I struggle through it, and then I go home in ‘a mood’.” Or maybe for some, it lasts a couple of days, just because you had a bad workout.

What if you had walked away? What if it was no big deal and you went home to your family happy instead of crotchety? What if you were dwelling so much on yesterday’s poor performance that it affected today’s? To me, struggling through a workout is not worth it. Look at those potentially huge costs: taking it out on your innocent friends or family, being grumpy at work, and worse, costing you TWO bad sessions instead of just missing one. That absolute worst outcome is that you lose mental focus on performing everything that goes into the movement and injuring yourself. (Injuries are just as likely to occur during a warm-up as a working set due to lack of mental focus.) It’s. Not. Worth it. You are not a paid athlete, and no one is threatening your life. Since when has anyone died for missing a single training session. Get some perspective!

And if you think there’s no link between mental stress and physcial performance, let me wait until you’re having a record-breaking day at the gym, and then tell you a family member was in a horrible car accident. How will your performance be after that? But don’t worry, it goes both ways. What if you’re having a crappy day at the gym, but then I tell you your boss just gave you a promotion and a raise? Then what happens?

And just like the “form dogma” section, here’s a less serious, but still completely relevant post: The Most Anabolic Things in Life.

I’ve linked to my other site quite a bit, but the domain is set to expire this year, and I just don’t think it’s in the cards for me to become a world-class gym owner like I once imagined, largely due to my own interests in climbing everything climbable and the success of this site. So, I asked my web dude to port every single post from that website over here. There are over 100 new posts on this website dealing with training, nutrition, lifestyle, drunkeness, and other hilarity. Please, use the search function for your favorite topic and see if I posted my thoughts, or just browse around the new categories listed on the right sidebar. I’ll love you long time. Promise.

Making Up for Lost Time

It’s that crappy time of year again where it’s not warm enough for summer things and too warm for winter things. I’m not anticipating a lot of notable outdoor action in my life in the immediate future so I’m going to [hopefully] post about things that should have been done last year. Hope that’s ok with you.

I, for the life of me, cannot understand why I only eat this twice a year. I think I ate 3.5 lb. of a 4 lb. corned beef last night, and I’ll be checking to see if there’s more in stock so I can cook two more: one for simmering and one for reubens.
Gosh, I love corned beef.