I just got done eating some amazingly delicious sushi rice and decided to take a gander at the nutrition label for S’s and G’s (shits and giggles). I was pretty surprised at what I saw, but I definitely wasn’t mad about it. Just a few short months ago, I, like many many other people on this planet (thanks to TONS of misinformation perpetuated in mainstream media), was a carbophobe. I was fairly certain that any gram of excess carbohydrate would instantly turn into stored subcutaneous fat. That was so silly of me.

I know you all want me to tell you that it’s the carbohydrate’s fault for making you fat. I know you want me to tell you that insulin is the devil. But, you see, I just can’t do that. Carbohydrates have never done anything wrong to me, so how could I possibly besmirch them? We all love carbs. And for that very reason, we all love to hate them as well.

Here are the REAL reasons carbohydrates make you fat:

What that means is that your body is not very good at processing carbs to use as an energy source. The most inflexible people you will find are called diabetics. Luckily for them (and you) metabolic flexibility can be increased. How so, you may ask? Simple.

1) Fasting. Check out Eat Stop Eat by Brad Pilon or The Leangain Approach by Martin Berkhan. I’ve done both and the leangain approach works best for me. That may be different for you.

2) Increase your activity. The scientific term for this is, get off the couch and move your ass.

3) Time your meals accordingly. Now, I’m not talking about the 6 meals/day timing, nor am I talking about the “you absolutely MUST eat within 30 sec. of completing your last rep of your workout, or by God, the anabolic window is closed!!1!!1!!!” timing either.

No, I’m talking about eating your meals in a way that *should* allow you to get away with eating the things you’re inflexible with and still have your body burn them out of necessity.

For instance, in bro terms, you’re supposed to eat a lot of carbs right after you workout to spike insulin and shove all the protein in your meal into your muskules for protein synthesis. However, is that a good idea if you’re inflexible?

How about you eat a lot of carbs leading up to your workout. Then, when you workout, you actually WORK OUT. You know, high intensity, lift some heavy shit, or just throw some light shit around, a lot. The body’s energy system is predispositioned to burn carbs during highly intense periods of strenuous activity. So, by giving it carbs, when it wants carbs, you’re actually increasing the efficiency of how well you burn them.

Now, there is something to the broscience of carbs post-workout in order to help the repair system, but it’s not as huge of a deal as they may think for ordinary people. So, yes, I still believe you should eat some carbs post workout too, but not the 4:1, carbs:protein ratio everyone says. (That is, unless, you’re an athlete that’s training intense enough to support that.)

So, post workout, eat your protein, eat some carbs, and then switch over to dietary fat. Things like eggs, red meat, dairy, and nuts. Personally, while I’m currently trying to get down to single digit bodyfat, I eat a LOT of fat. My body does well with it, and it is oh so delicious. Moving on…

Do you see how incredibly easy it is to overindulge? This is especially true given this last reason…

So, let’s couple the fact that it’s entirely too easy to overindulge with the fact that it’s nearly impossible (at least for me) to get satisfied if I were to eat only the reccomended serving amount of carbs. Don’t believe me? Here, let me help you, and lest you forget that each gram of CHO is ~ 4 calories when you’re doing the math.

Here’s my favorite carbohydrate: sushi rice. I can eat a cup (measured uncooked) of sushi rice without batting an eye. However, what does a serving look like? 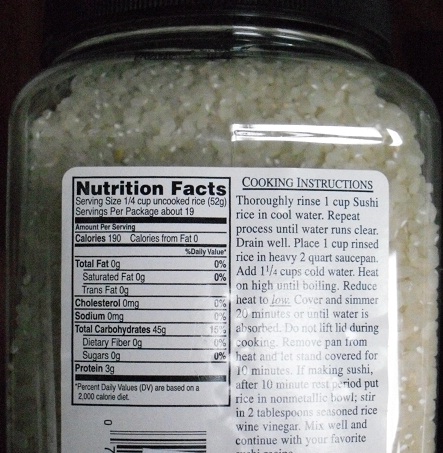 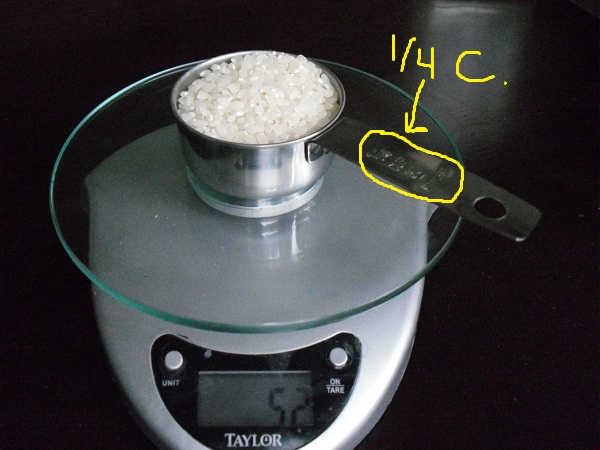 So, I said I could eat a cup of that ish. That’s over 200g of carbs in ONE MEAL! What about the rest of the day?

Now, let’s take a look at my favorite carbohydrate: pasta. I remember growing up and my mom would make me “noodles and milk”. (Think: mac ‘n cheese….minus the cheese…..plus a lot more milk…..in a cereal consistency. FUCK OFF!! So what if I grew up in poverty!)

Ooops, got off track. Anyways, she would make it with a cup of macaroni noodles. I’m a bit more grown now days so when I visit that lovely meal, I don’t really measure, but I feel comfortable in saying that it’s at least 2-3 cups. 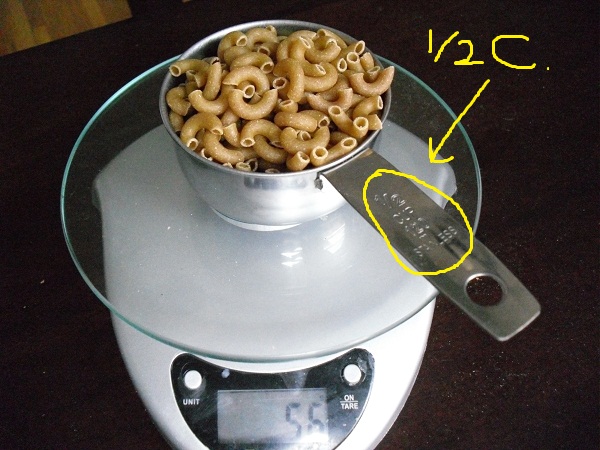 Doing some simple math, I am again well over 200g of carbs in one sitting. Son of a crap!

My favorite carbohydrates are potatoes. Bar none. I normally have 2 plates during Thanksgiving: 1 plate of mashed taters and the other plate with the other stuff. Tell me, how many of you can stop at just two, small red potatoes? 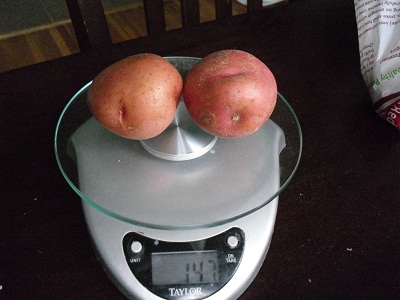 As I stated, that’s not going to fill me up. Not even as part of a whole meal. And in the case of Slapsgiving, you have to add stuffing and canned cranberries on top of that carb total. Pretty sweet, eh?

The Rest of the Story…

I certainly hope this post shed some light on the subject for you. Enjoy! (Sparingly)

P.S. I’m sorry I didn’t get any pics of my favorite carbohydrate, which is bread, obviously.