Brain Matter Matters: How a History of Brain Injuries is Affecting Me Now

This weekend was pretty amazing. There were a lot of specific little things I disliked but much more universal things that I loved. I spent one day flailing on splitter cracks in Indian Creek, one day watching others crush, a night in the back of my Subaru, and a couple of hours snowboarding on Monday. The overall experience of this weekend is something I’m incredibly proud of.

But then Monday Afternoon Happened 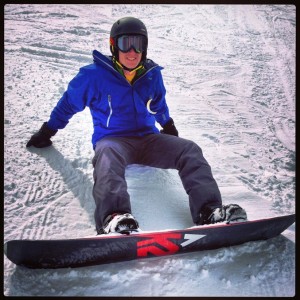 While snowboarding, I was working on riding switch, transitioning from regular to goofy stance, and even 180 ollies. Obviously, I’m not proficient at these things, or I would not claim that I’m “working on them”. And when you’re not proficient (and even when you are), falls happen.

My tailbone was the victim of the most violent of falls, but there were a couple that happened so fast that I think I hit my head. I know I had to adjust my ear buds after a couple. Regardless, by the time I got home, I had a splitting headache. I took three Advil and laid down on the couch. The dull pain never really went away so four hours later, I took three more.

By this time it was 8:00, and I started thinking about my history of concussions, all the NFL players coming forward with brain diseases, depression, and all the unneeded suicides.

Could this be me someday? Am I experiencing some of it now?

A History of Concussions 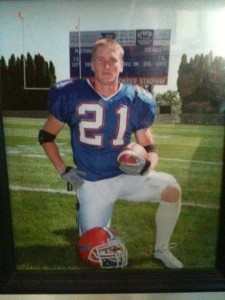 Extremely mild concussions can occur after any old bump to the noggin. Most people probably wouldn’t even detect them, including myself. And with how concussions are treated/diagnosed today, I’ve likely had countless concussions. Hell, every single day in football practice I’d see double, stars, and walk away with a headache. That was “normal”, and Advil was my best friend. If that’s what we’re calling concussions, I had 5 practices a week, for 3 months per year, for 10 years straight. You do the math.

While I’m certain I haven’t had 600 concussions based on that example, the probability that I’ve had a lot of undiagnosed concussions is extremely high. What I do count as concussions are the cases in which they have either been diagnosed by a professional, or I’ve simply gone home, sat on the couch, and (literally) drooled on myself. Only to put my helmet on and do it again the next day.

And then I met Snowboarding

The last of those 5 concussions was back in 2004. I never gave any thought to them. I graduated college with a degree in Electrical Engineering. I’ve always been employed. I’ve always been ambitious in other areas of my life. I’ve been really successful (in a lot of different ways).

But then I met snowboarding in the beginning of 2013, 9 years later.

All of my previous hobbies and activities leading up to this point were all mostly non-contact: personal training, writing, fishing, hunting, climbing (assuming you didn’t take a freak fall and land on your head, which I haven’t), powerlifting.

In snowboarding, falling is likely. When you’re ambitious and “need” to become the best possible at everything you ever do, falling is as predictable as breathing. And fall I did. In my short 2 month riding season, I sustained cracked ribs, a bruised tailbone, and numerous times seeing black or stars, the headaches of old, and even a bloody head one time. Of course, I was “used to it” and thought nothing of it. 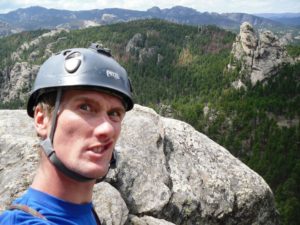 I don’t have all of them, and luckily, none of the severe ones. But I do have a few, and as big of a skeptic as I am, I can not guarantee they all are caused by head injuries.

My eyes are really sensitive to bright lights…but I’ve always had perfect vision. I also see really well in the dark. So maybe my eyes are just naturally sensitive.

I hate loud noises. If you ever want to interrogate me, just do something incredibly loud directly into my ear.

And for me, the scariest recurring symptom I have….Depression. Everyone gets depressed. Sometimes rightfully so. Sometimes it feels like it makes no sense. I have had conversations and emails with my closest of friends about my bouts of depression. They come at times when everything in my life is puppies and roses. But of course, I’d never let on. And now, after yesterday, it is at the front of my mind. So I thought I’d let the cat out of the bag.

I don’t know how long I’ve been experiencing these things because I’ve never felt the need to be conscious of them. But 2004 is  a long time ago. As I look back, they’ve definitely been occurring since then at a minimum.

I thought perhaps I was overreacting. About everything. Especially just about yesterday. But I still have a headache today, as I’m typing this.

Are my symptoms perceived or real? People have a tendency to manifest symptoms that don’t actually exist simply because they think they might have a condition. The problem with brain injuries is that there is little testing that can be done to specifically pinpoint the issue. That is, unless it’s severe. If you’ve sustained, true traumatic brain injury such as a car accident, falling out of a two-story window, or violently slipping on ice, an MRI will show dying brain tissue.

But if you’re like me, with likely undetectable physical issues, it’s a lot of speculation, and I’m not sure what I’m willing to accept in terms of treatment. Definitely not pharmaceuticals. Not right now.

In my current state, I’m fine. My brain is not dying. But what am I doing to myself now that will lead to complications decades down the road?

Will my depression get worse? Will I get dementia or Alzheimer’s far ahead of schedule? Will I end up like Junior Seau?

These are the things I’m contemplating right this moment. Football players at all levels have hung up their cleats after 5 severe concussions. Some of them were getting paid hundreds of thousands of dollars per year, and they gave it up, rightfully so. Again, I don’t want to overreact, but I think it’s within the realm of possibilities I may already be at risk later in life.

Because of this, inspired by yesterday, I’m going to schedule an appointment with a brain/concussion specialist.

I can already anticipate how some of the visit will go:

And that last bullet point is the one that gets me.

Is there a magical number of minor bumps to my head per month/year that I can tolerate? Am I one more massive concussion away from severe trauma? This matters because it will inform me of how I can proceed with snowboarding. Yes, snowboarding matters. It is now part of me. Part of my lifestyle. Part of who I am, and what I stand for.

Can I tolerate the bumps like yesterday and continue pursuing mediocre riding skills, or do I need to play it safe? Never ride switch or goofy, never do any drops greater than 6″, never do a tree run again? Always ride in-bounds and regular footed (of which I am proficient)? Or, do I need to stop altogether?

I quit college football 3 years into my possible 5 year career. My grades were terrible (for a competitive engineering program), I already had one reconstructive ankle surgery and was looking at another, I definitely wasn’t going to be playing in the NFL, and I really wasn’t playing much anyways. The cost outweighed the benefit. The decision to quit still weighs on me every single day, but I don’t regret it.

I have serious issues with people that reduce the quality of their lives simply because they believe in something that isn’t actually real. I don’t want to be one of those people. Snowboarding adds so much to my life, that I could not imagine giving it up unless I really needed to.

But I’m prepared to do it again. And thinking about that possibility, is really depressing.