Your Favorite Climb Doesn’t Have to be Your Hardest Climb

A Thought I Think About Climbing Grades

Is it possible that there’s a belief out there that your hardest climb has to be your most favorite? I think it’s possible. As much as climbers will say, “climbing isn’t about the numbers,” on the outside, I have a feeling there are A LOT of us that are REALLY interested in the numbers. The numbers I’m talking about, of course, are the difficulty grades. So if an individual climber is interested in how difficult they climb, the elation of moving up a grade could certainly be mistaken as enjoyment of the climb itself.

Don’t get me wrong, graduating from 5.10’s to 5.11’s should be a joyous occasion if that’s your thing. But there’s a difference between a well linked, well put together 5.10d and shitty, chossy 5.11a that has no foot holds.

And if you are a 5.10 climber, how could a 5.7 ever be considered your favorite if it’s three grades below your ability? That’s so below you, bro. 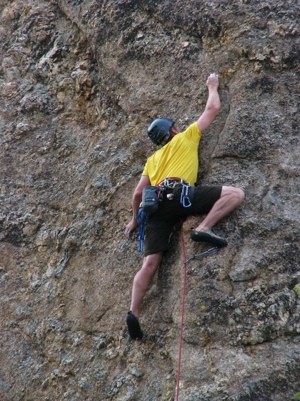 I’d be ok if someone pulled the bolts and never climbed it again.

And Now this is My Story

Back when I actually climbed things*, I lead a sport 5.10d in The Needles area of the Black Hills in South Dakota. Shortly thereafter, I lead what some consider a 5.11a at Willow River State Park in Wisconsin. The 5.11a wasn’t too bad or too scary, but it took a couple times to redpoint since it was the easiest route in the crag, and I didn’t have anything on which to warm up. lol?

My Most Difficult and Least Favorite Climb

The 5.10d is a different story. The route was only 70′. It was nearly vertical and sustained. If you’ve ever climbed in The Needless before, you know there are granite crystals just waiting to chew through my flesh like a cheese grater if I experienced a sudden, unexpected fall that doesn’t allow me to push off the rock properly. And to make matters worse, the crystals were about the only thing I was able to get my fingertips and toes on. If I could get more than three full pads of my fingertips on a hold, it was considered a jug on this route.

It took 45 min. to complete that climb.

No joke. At least I can claim that I on-sighted the hardest route I’d done to date. That’s something, right?

I was so incredibly stressed out from that climb that I needed to take a break for a couple of days, sticking to 5.7’s and 5.8’s on top rope. It is, by far, my most difficult climb to date, and it is, by far, my least favorite climb ever. Also to consider, prior to that lead, my best climb was a 5.10b in Red Rocks Canyon earlier that year. The Needles are known for having extremely difficult ratings, and Red Rocks is rumored to have somewhat soft ratings. So for me, that was a huge jump in difficulty. And I still didn’t like it.

My Favorite Climb EVER!

Our annual trip to The Needles last year provided so many memories [hopefully] soon not forgotten: my first multi-pitch, my first trad lead (which was also my first multi-pitch lead), my least favorite climb, and my most favorite climb! In fact, the trad multi-pitch and my favorite climb happened on the same day about 35 min. apart. Nice.Sooo, the rap route for the trad multi-pitch was on the backside of the spire we were climbing. It was over 120′ to the bottom and required two ropes. Earlier that week, our infamous guide, Steve, had mentioned that the rap route is actually a climb itself called Classic Crack. We started our multi-pitch early enough and it went so well that we had time to set a top-rope anchor from the rap chains for Classic Crack. I knew it was only a 5.7, but it was our last day in The Needles, and I was riding high and proud so I wanted to get as much climbing in as possible even though “it was below me” (figuratively and literally). 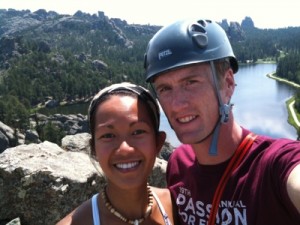 View from the top of our trad multi-pitch climb.

Since we had a true top-rope setup (as opposed to yo-yo top-roping), one 60m rope was good enough for climbing. Anh lowered me, and as my feet hit the ground, I looked back up, all 120′. If this were a sandbagged 5.7, like so many of them are in that area, that 120′ could have taken a loooong time. But, you can’t get back up if you don’t start climbing!

Although this is my favorite climb, I can’t remember any specific details. All I remember is that it flowed incredibly well. When a move would put my body in a certain position, all I could think of is, “wow, it would be really cool if I could do a crossover step right here to get that crimp over there.” And then it became so. Or if I approached a chimney section: “I sure hope there are some nice pockets for my feet so I don’t have to rely on smearing.” And that came true. And there was a huge flake. I could either lie-back or pinch or both. I did both. There was even a nice ledge at some point that called for a really cool mantle.

It was just such an amazing climb that I’m almost afraid to do it again.

Remember when you were a little kid and Teenage Mutant Ninja Turtles were the most badass thing in your entire f*cking world?!? (Profanity to emphasis intensity of passion.) But then you watched it as an adult and ended up changing the channel? Yeah, that’s kind of how I feel about this climb. I don’t want to taint my perfect memory. The only time I want that memory to change is when I’ve stumbled across a new favorite climb. Maybe then, I’ll go back and climb it again. 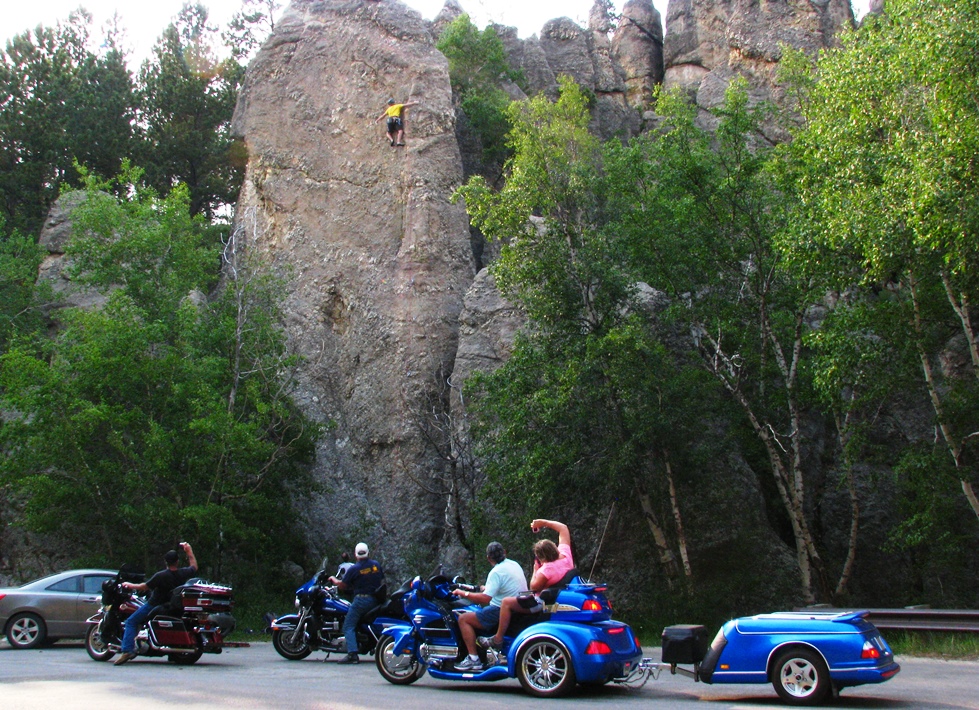 I will NOT be coming back to put on another show for these people!