When it comes to traveling, I still don’t consider myself a well-seasoned globetrotter. I have still only been to 3 different countries (not including a 2-hour layover in Japan), and I only speak the language of one of them (Mexico). I did not know a single world of Arabic when I went to Jordan, nor did I know any Thai when I landed in Bangkok.

Just because you don’t know the language or have absolutely ZERO experience and knowledge of the culture you’ll be visiting, these 3 tips are universal. They’re actually more about being a decent human being and less about travel, but they are even more important when traveling. 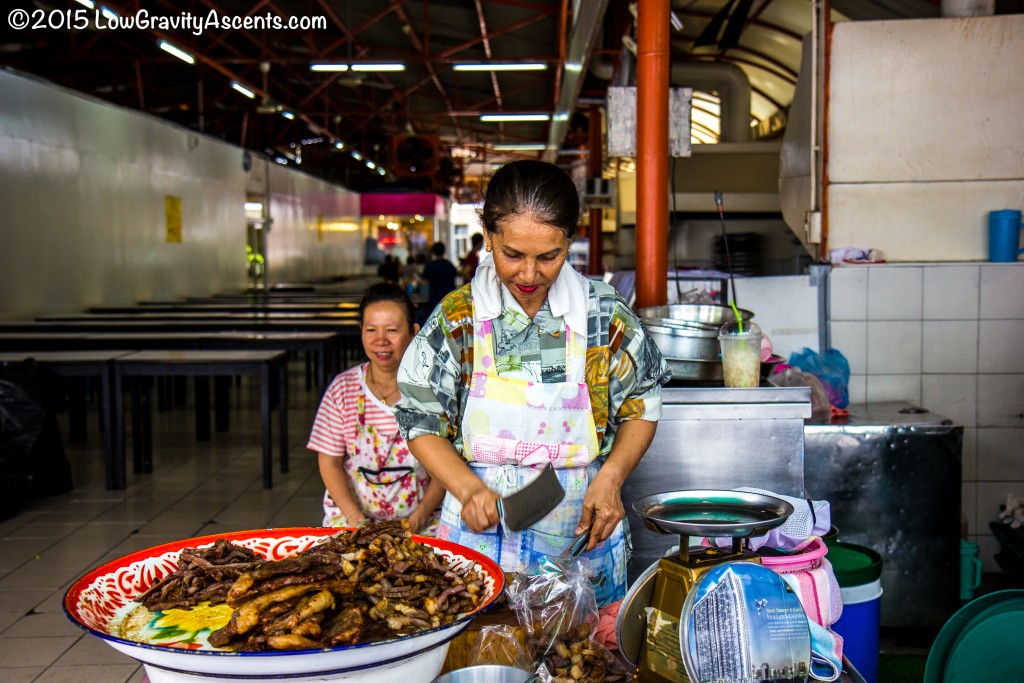 That cleaver could easily be used against you if you’re an asshat.

You would think being able to speak the language would come in a little higher on the list. But no. Once we get through #2 and #1, you’ll see why.

Nevertheless, if you want to be really proactive, these few phrases have gotten me through 6 weeks of Thailand, including remote villages where NO ONE speaks a word of English.

If you say hello in their language, you’ve just grabbed their attention. No matter what comes out of your mouth next, they’re going to listen to you. Even if they don’t actually know what you’re saying.

In some cultures, people that know they don’t speak your language will shy away and not make eye contact in order to avoid you. But dammit, you want their delicious street food!

Just say hello, wait for them to return the greeting, and then ask your question in English. If they don’t know English, they’ll still respond and then you can get to the hand gestures and pointing. (#1 is going to be very important during this phase of communication.)

No matter what happened during your exchange, whether you figured each other out or you’re leaving empty-handed because you just could not understand each other, always say thank you. 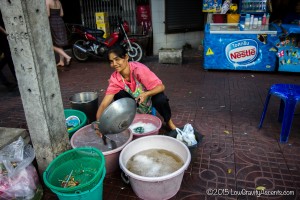 They may not understand why you’re saying thank you since nothing but a boat load of confusion just took place, but at least they’ll know you’re being respectful and not offended by the lack of understanding. Hopefully they’ll also realize you’re thanking them for their time of having to deal with a foreigner.

Learn How to Count

Granted, when you’re picking something out to buy or trying to communicate any number less than 10, it’s pretty easy to use our fingers, but when you start having to pay for things it’s good to know double-digits and maybe even triple-digits if you’re constantly using them.

It’s also good so that on the EXTREMELY RARE case they might try to take advantage of you, you can call them out on it. If the menu says 30 but they try to charge you 300, that’s something you’d want to know.

It’s true, speaking English to someone may be the same as speaking to a brick wall. They may figuratively and literally know exactly zero English words. But if they have some knowledge, some kind of semi-frequent use of just one or two English words, it can go an incredibly long way in the “conversation.” Speaking slowly and using proper words (going to vs. gonna) greatly increases the chance they might recognize something.

And even if they don’t — smile, say thank you, and move on.

The other phrases I’ve picked up since being here and have made things all the more easy are:

Excuse me, Delicious!, Check please, and Spicy (I think they were making my food more bland simply because I’m white. booooo). And yes, those are all food related.

The more you know, the easier it all becomes.

This all comes down to not being a loud, ignorant, arrogant foreigner. What we find acceptable and the tolerance we have if someone screws up in Western Cultures is not always the case in other regions of the world.

In some middle-eastern countries, you’re not supposed to acknowledge women in public places. You only eat, shake hands, and exchange money with your right hand. 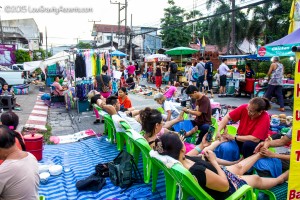 Touching feet or touching things with your feet are a big no-no. Unless it’s for a massage of course.

In Thailand, basically anything involving your feet is considered gross as it is the body part closest to the ground. You also do not touch a person’s head. PDA is very rare.

Of course there are infinite more, but they’re not the same everywhere you go and they don’t all carry the same severity from place to place.

The point is, look this up and figure it out ahead of time. People will be much more willing to forgive you for other mistakes or take extra time to try figure out what you’re asking of them if you just show a little cultural sensitivity. I’m convinced you can commit murder in Thailand as long as you Wai before and after the crime. 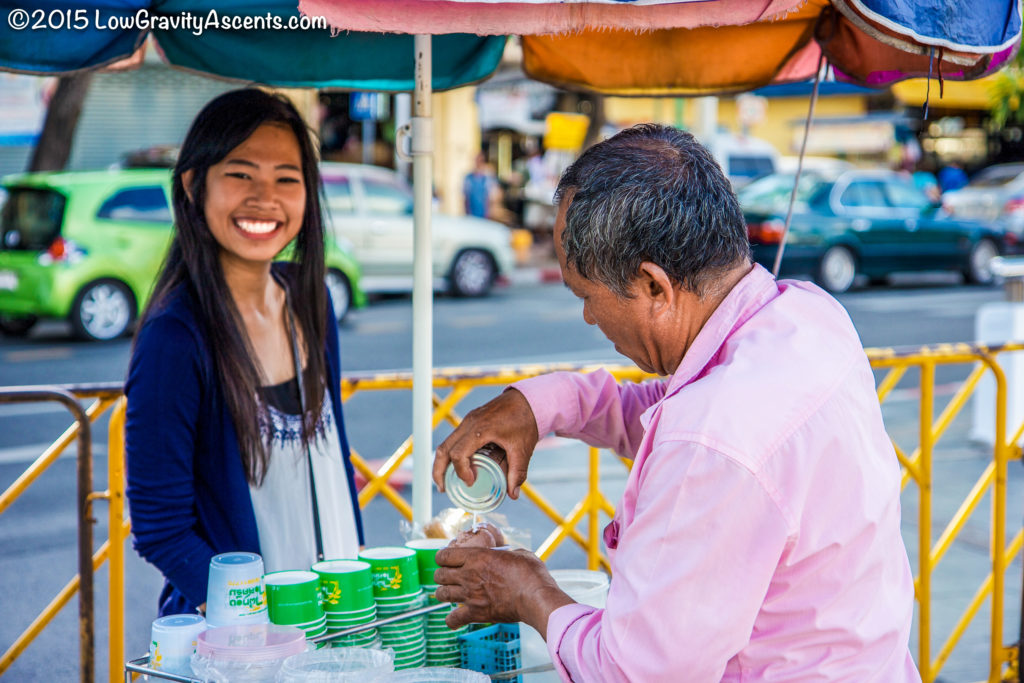 This is especially important in Thailand, The Land of Smiles, but I’ve found it to be consistent in the other countries I’ve visited and people visiting the U.S.

Not only that, but non-verbal communication is very close to universal, regardless of language, culture, or geographic location.

(Bonus points if you can pick up on tone of voice and speech cadence, even if you don’t know what that voice is saying.)

As long as you are smiling, have a relaxed posture, and do not come off as an imposing, potential physical threat, people will give you their time of day and sometimes go out of their way to find someone that CAN understand English and help you out.

Sometimes they even give you free food when you smile and tell them it’s delicious. That’s really why this is number one. 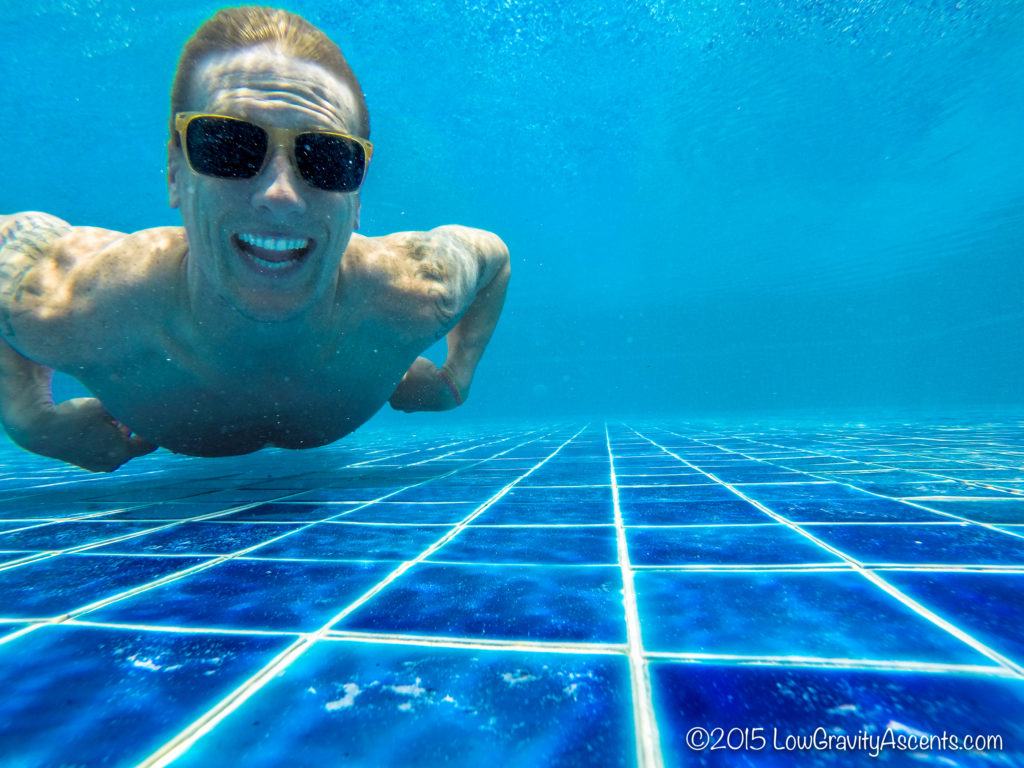 Nothing Scary or Intimidating about this!