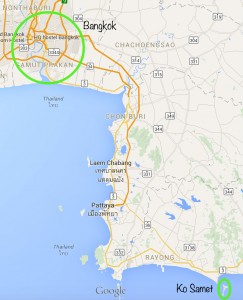 Ko Samet is a small island just a short 3.5 – 4 hour bus ride from Bangkok. Probably the only beach that’s closer is Phattaya, and well, if you know anything about Pattaya, the entire city is basically a red light district where a lot of nasty things go on — and I don’t just mean PG-13 “nasty” like prostitution, but more like the “nasty” of NC-17, illegal stuff like the buying and selling of human beings.

So when I wanted to get away from the constant madness of Bangkok for a weekend, I took to Google and Google Maps and found Ko Samet.

If Ko Samet were an island off the coast of Florida, California, or Mexico, it would be a tourist shit show. The beaches are powdery white sand, the surf is quiet, and the water is gorgeous clear blue and green. (Un)Luckily Ko Samet is hugely overshadowed by Thailand’s other unearthly, out of this world southern islands: Ko Tao, Kao Samui, Ko Phi Phi, Ko Pha Ngan, Ko Chang…. and doesn’t see a lot of tourist traffic. It is largely a place for Bangkok and the surrounding area’s residents to visit. It is underdeveloped. There are no gigantic unce unce clubs. You have a hard time finding more than one or two 5-star resorts.

Quite pleasantly, Ko Samet is a huge national park. The resorts are quaint. Plenty of Thai locals visit. And you can actually hear yourself think.

I was sold. This was exactly the type of beach I wanted.

All I had to do was find a place to stay.

(Note: If by some off chance you found this post searching for photos and are interested in any of them that follow, they were uploaded on an incredibly slow connection and lost a TON of resolution. I still have the original photos should you be interested in licensing any of them and would gladly find a way to get you the full res version.) 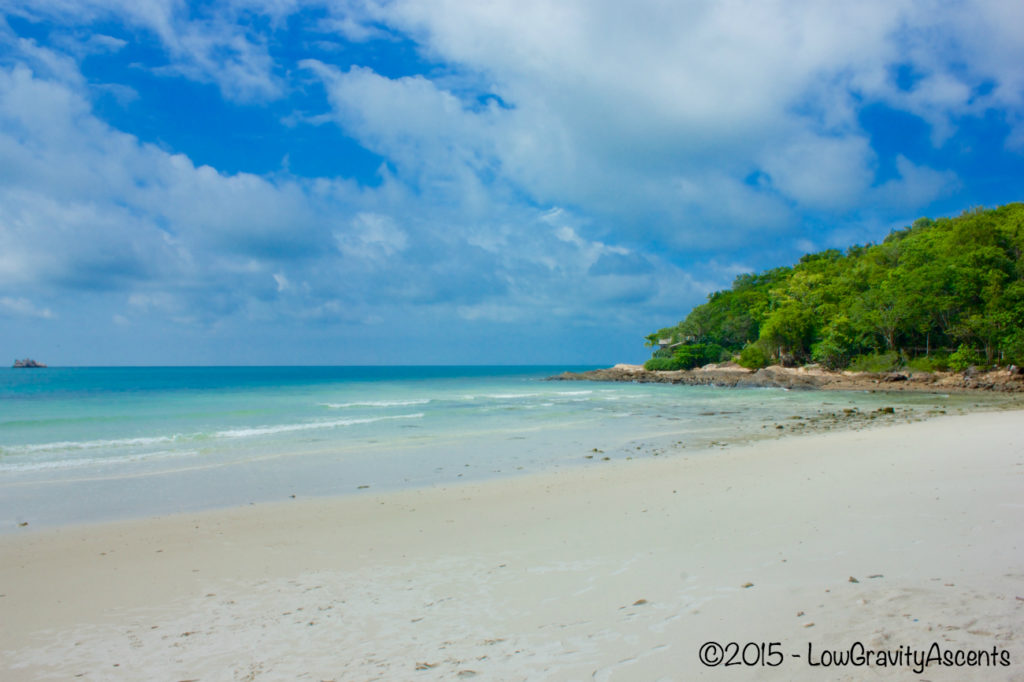 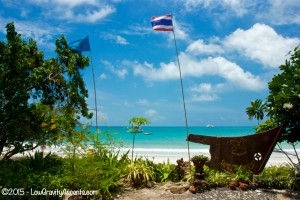 I used my tried and true method of making sure I got a high quality and safe resort, at the best possible price, for what was available with such short notice. The method brought me to Samet Ville Resort.

It’s on the southern end of the island on the beach of Ao Wai. I paid $60 for one night and that included all taxes and fees. It was a standalone, private bungalow with a beach view patio.

$60 for one night in a private bungalow on a pristine beach is pretty cheap by U.S. standards, but it’s actually kind of expensive given other options in Thailand. I like to pick and choose how I justify buying something on the U.S. Scale vs. the Thai Scale so I can be somewhat hypocritical at times, but on this occasion, I was ok with choosing the U.S. Scale. 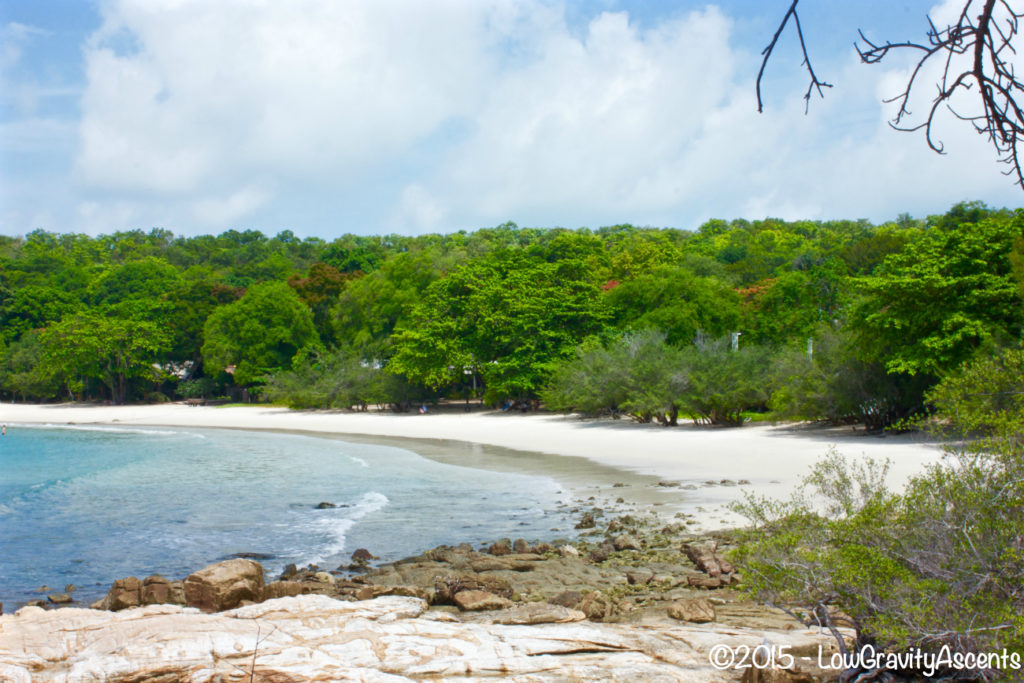 Once I got to Ko Samet, I had a little difficulty finding the resort. So did the drivers. But I mostly blame Samet Ville’s operators. 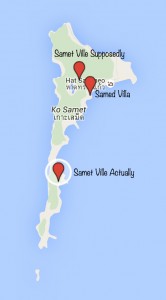 While researching the island and resorts it very much seemed that certain words were very much interchangeable and meant the same thing:

On Google Maps, it’s easy to find Samed Villa Resort. It’s further north on the island on the beach of Ao Phai. It wasn’t until the ferry ride to the island that I typed in Samet Ville Resort and noticed it was located much further inland. DAMMIT! TWO RESORTS WITH BASICALLY THE EXACT SAME NAME BUT THEY’RE NOT THE EXACT SAME PLACE! Well, at least it was still close to Ao Phai beach. Probably just a short walk.

When I told the taxi driver to go to Samed Villa, he did just that. I asked (by repeating of the same words over and over and pointing to Google Maps on my phone) if Samed Villa is the same as Samet Ville (still thinking Samet Ville was in the same neighborhood). He said yes. I trusted him. Figured maybe the offices were located inland and bungalows were on the beach.

Eventually I got to front desk.

Sorry, you no reservation.

At first I thought it was a booking error and I was stuck without a place to stay. Then I showed her my phone with the reservation. That’s when I learned that it’s actually two separate resorts. Jeeeeze…

Another 200 baht cab ride later, and I was finally there. 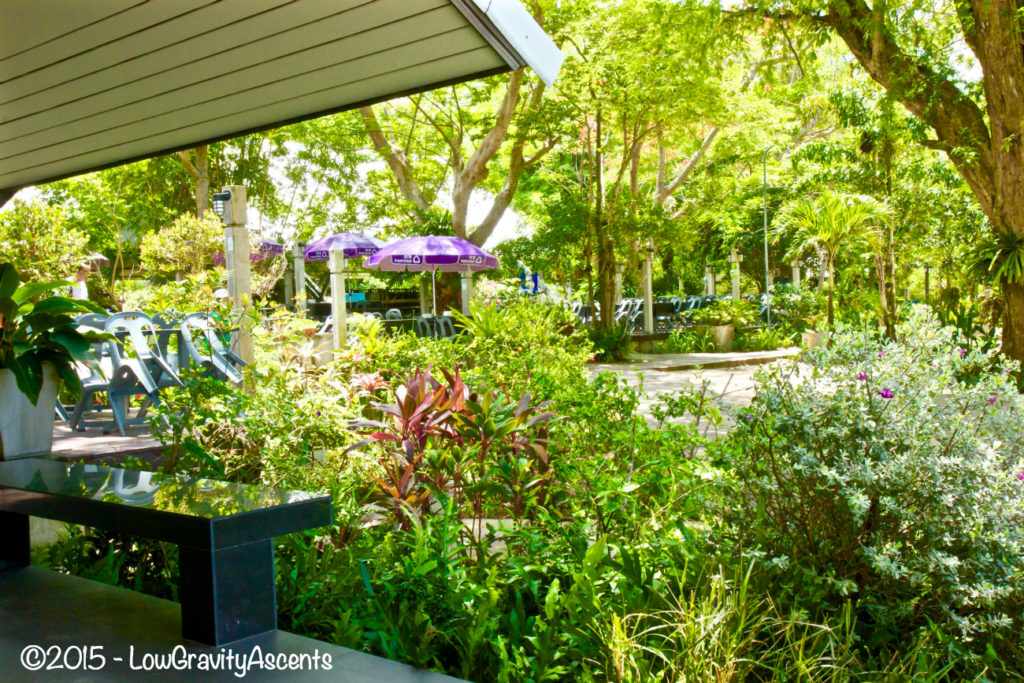 I ended up reserving the night through Agoda, but for the life of me now, I can’t understand why I didn’t look at the location they provided on their website. It would have solved a lot of problems.

It was everything I was expecting: clean, quiet, amazing beach, slightly more expensive but equally delicious food, and pristine water.

It wasn’t 4 or 5-star accommodations by any means, but it wasn’t advertised or reviewed as such. It was just…nice. 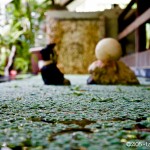 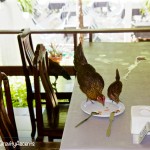 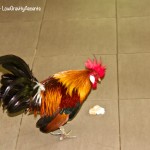 Other than the beach (which is really more than enough) there wasn’t much for entertainment options. Not even a bar. Just a small convenience store with bottled beer available. I saw they did have snorkel gear available, there must have been a small reef somewhere, but for being there just one day, I wasn’t interested in renting it.

Walking to and from the beach and restaurant was like walking through a well-kept jungle. 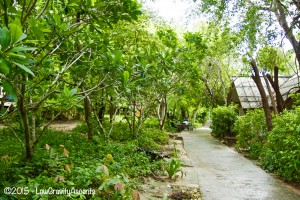 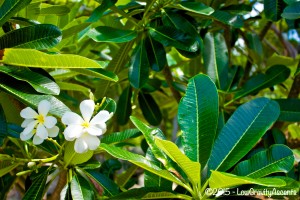 It was lit up very nicely at night. 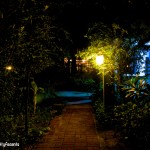 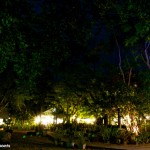 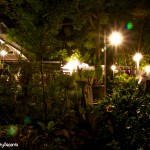 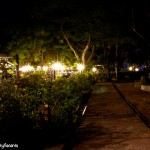 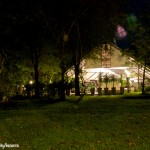 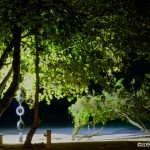 Sometimes you could forget if there was a beach even available. 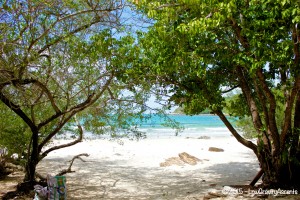 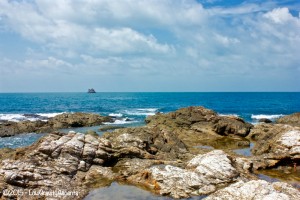 In terms of beach quality, the only one nicer I’ve ever been to is St. Petersburg, FL. That includes all 3 Mexican destinations, the Red Sea, and the Dead Sea.

The only water that has been nicer is at Cozumel, Mexico. Not that the water itself is any better, just that there were actual reefs all along the coast line and you could see a variety of fish and other sea creatures just steps into the water. 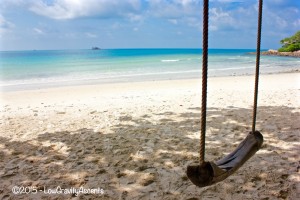 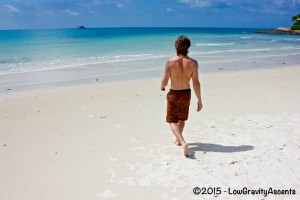 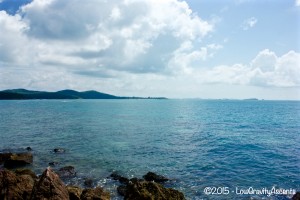 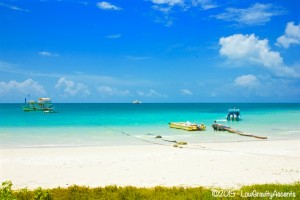 All in all, this was an amazing stay and worth the 8 hour bus trip and the confusion at the beginning of it all.

If you’re looking for a hidden gem just outside of Bangkok, Ko Samet is the island for you. 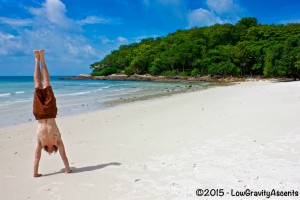 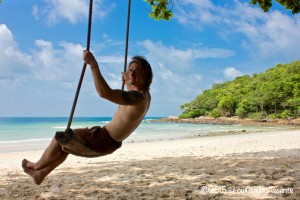 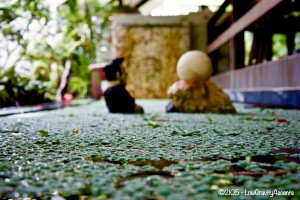 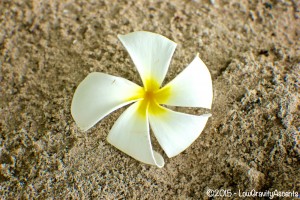