Life as I’ve Known it

Hello, kiddos. Can you believe it’s been 3.5 weeks since I last wrote something?! I can. I did the math yesterday, and I was only in Colorado for 9 days from July 8th to September 6th. Needless to say, I’ve been a little short on things to write about. Kind of. I have had things to write about, but while traveling for work, motivation to write isn’t that great either.

So what have I been up to then, eh?

When I left at the beginning of July, I headed to Orlando, FL for 4.5 weeks for my engineering job. They are minus on mountains and cool weather. I can’t say my time there was enjoyable, at all, and nearly died in a fiery, head-on collision because FL drivers are the WORST.

The one good thing that came from my trip was that I got to climb with Justin Fricke and go out for some beers one of the nights. We may, or may not, have participated in hip-hop yoga. Or, #Broga as I like to call it.

During my 9 days back, I managed to take a trip to the Western Slope of Colorado to buy Palisade Peaches, drink a lot of wine, eat the best pulled pork I’ve ever had in my life, and buy a van. And then I was gone. Again.

PDX with the Best

I took a 5-day vacation during the I am #OmniTen film premiere to explore Portland, OR (the OR is important; you’ll see later). I had never been to the west coast (in the U.S.) and the rest of the Jordan OmniTen crew was there. OF COURSE I’m going to make a trip out of it!

After the film premiere on Wednesday, Daniel organized an unorganized hike with a bunch of disorderly people. We sloshed through ankle deep mud for about 6’ish miles and never once saw the ocean. There were, however, no shortage of Lord of the Rings quotes and references.

He made up for it by taking us to a local food joint for oyster shots, beers, and some amazing views. 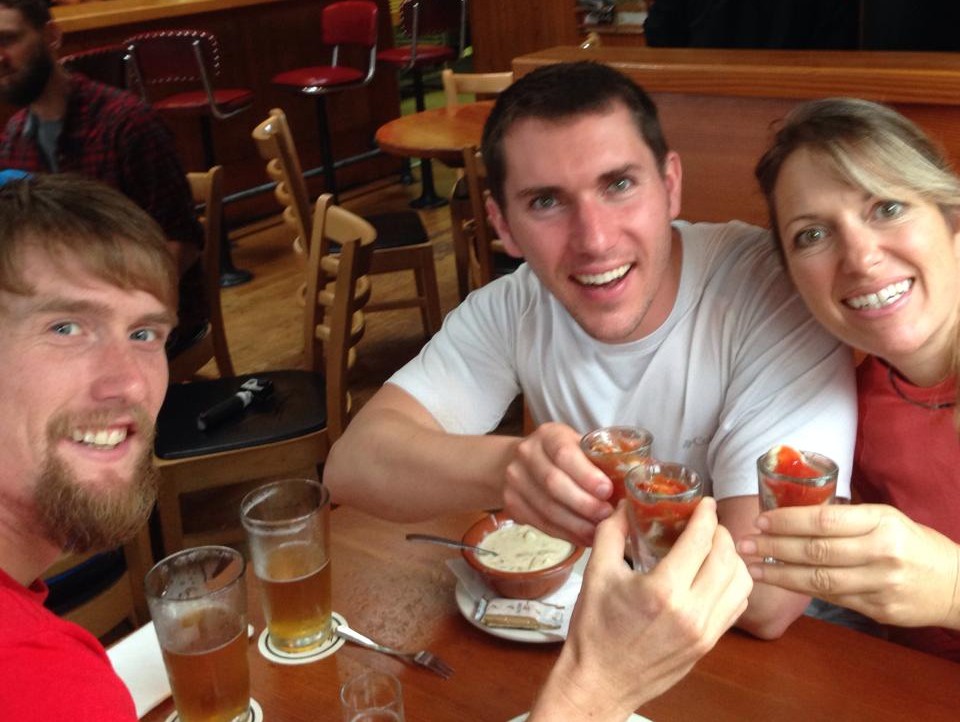 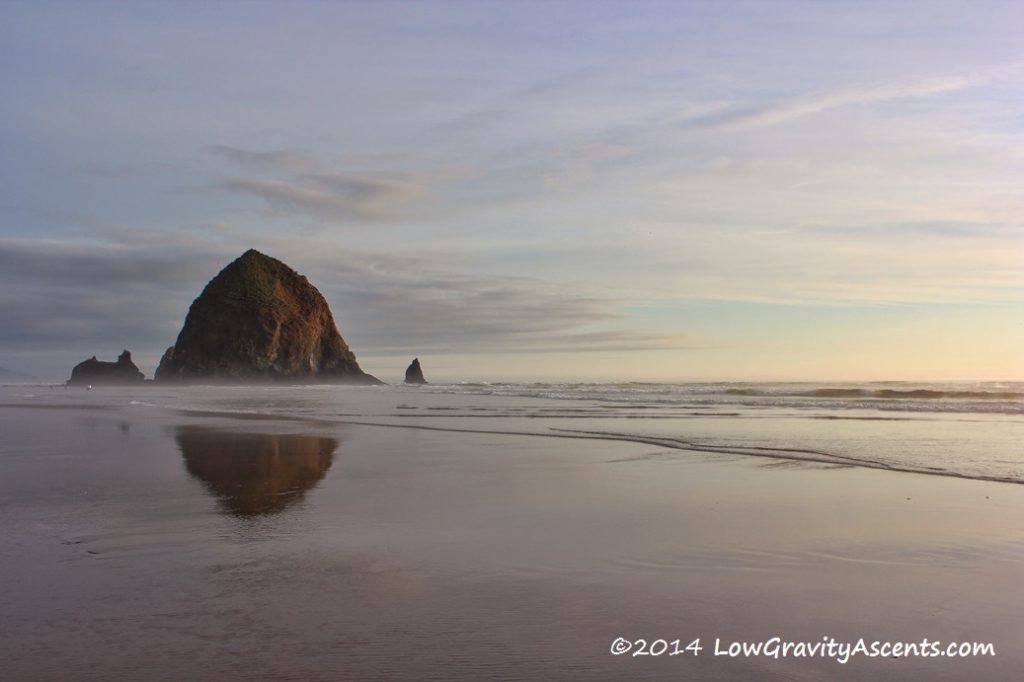 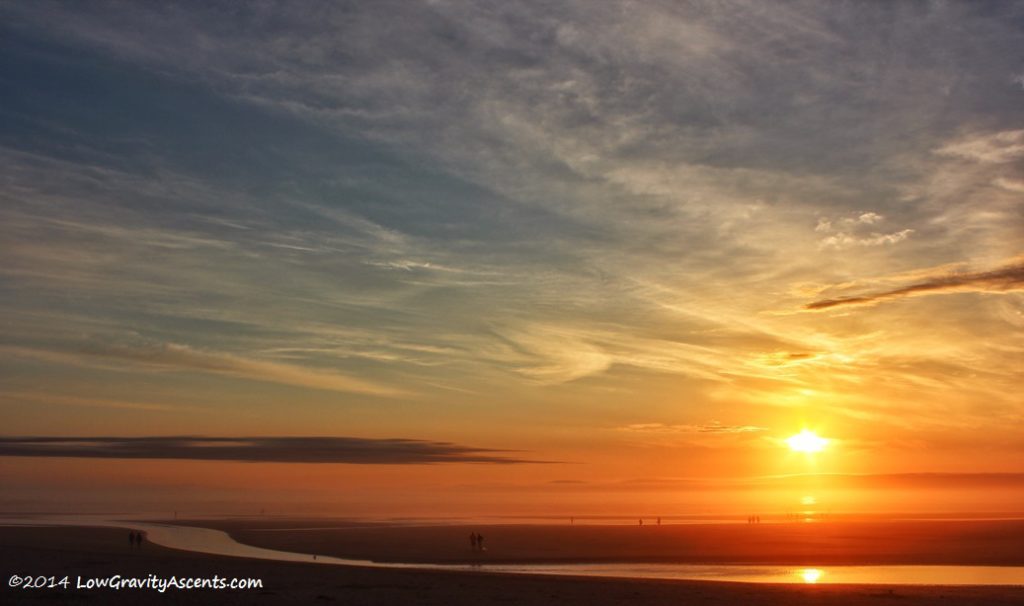 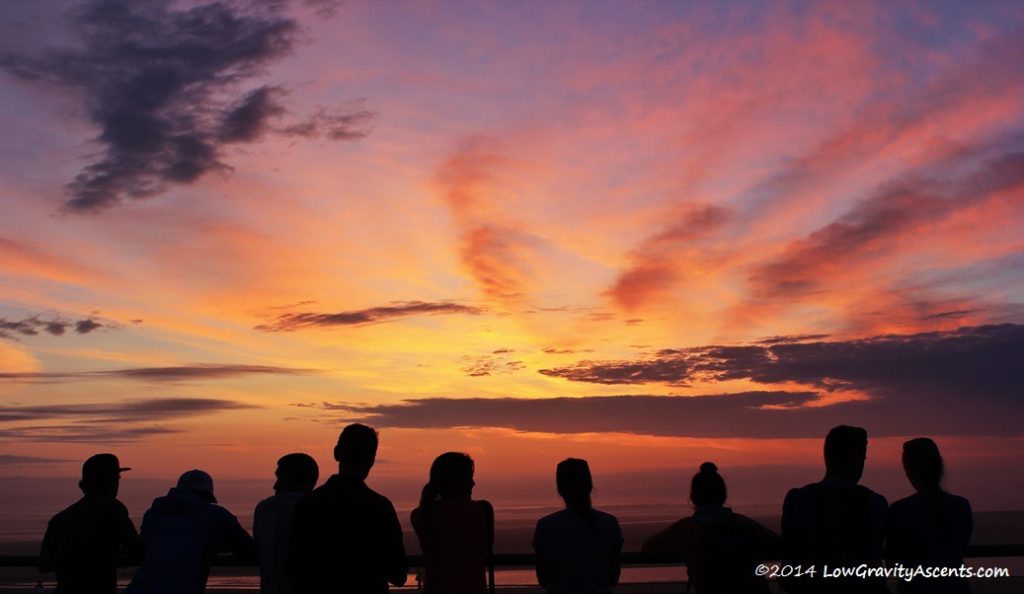 The next day, we checked out Mt. Hood. We didn’t get rad with it or anything, but it was fun taking the rental car on some less than spectacular dirt roads. Actually, for dirt roads, they were spectacular compared to Colorado standards. Anyways, that mountain is big. Like, really big. Not so big compared to the plethora of 14’ers in Colorado, but BIG in the sense that it’s the only mountain around it, and when you go from 1,000’ to 12,000’, that’s pretty spectacular.

After that, I finally got to drive down a portion of the Pacific Coast Highway and headed to Eugene. I decided to catch a rogue wave and ruin my DSLR. Stoked on that one. 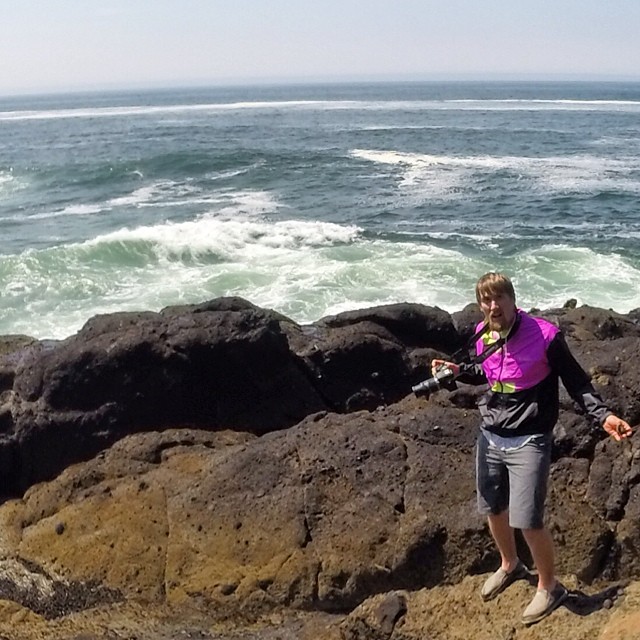 We got back to Portland on Sunday, had brunch with the remaining OmniTen, Daniel, Tori, and Pedro, and flew back to Colorado. We landed around 9:30 pm and then…

… I was up at 5:30 Monday morning to catch my flight to Portland, Maine for another work trip.

My coworker picked me up from the airport, and we promptly made our way to the Old Port neighborhood for fresh lobster and beers before heading to the job site in the White Mountains of North Conway, New Hampshire. 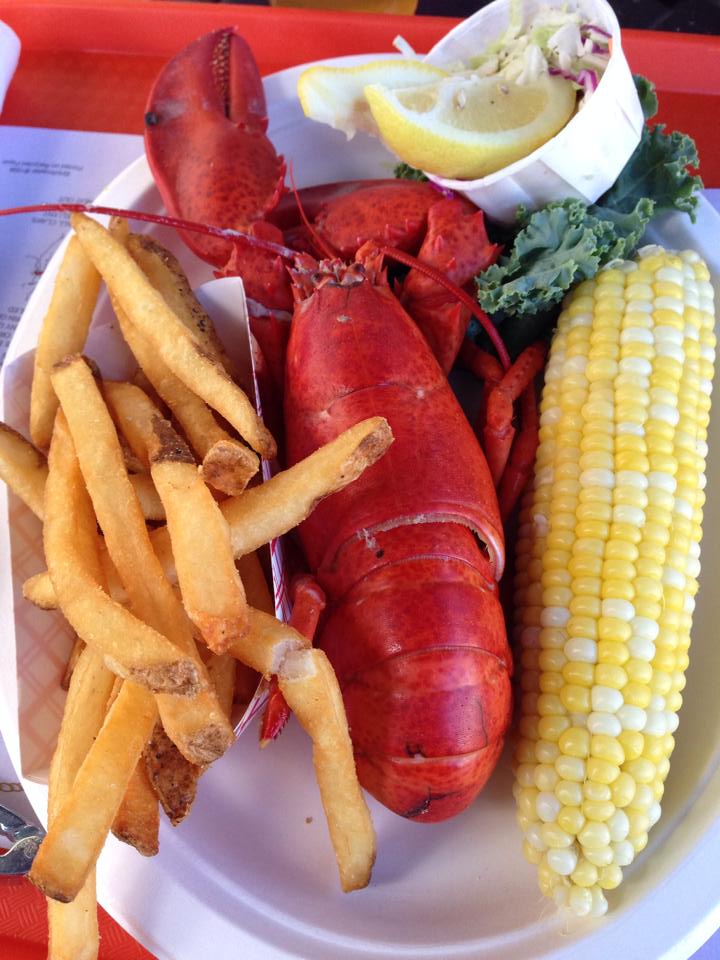 While traveling for work, I usually only get one day per week off. Luckily, through the power of Grayskull, Rob and Jillian only live 2 hours away. They brought their ravishingly good looking husky, Yuri, up for a hike, and we chased a waterfall. They then gave me diabetes by going to Zeb’s Candy Shop. 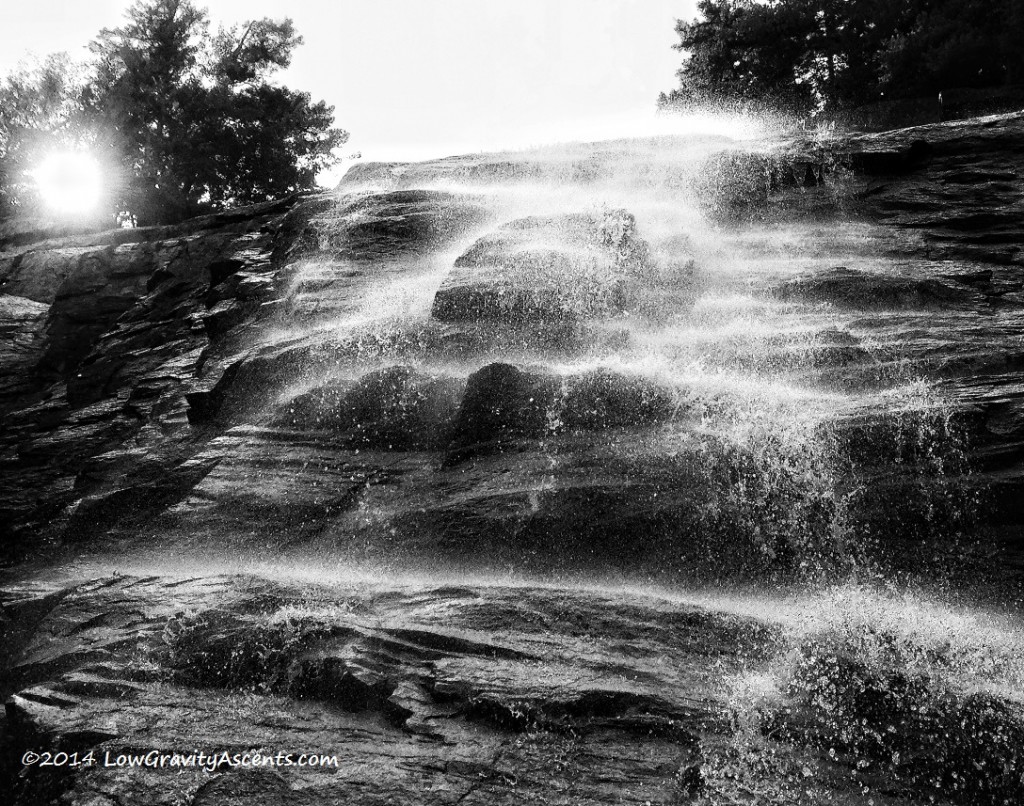 The following weekend was Labor Day weekend so I actually got two days off. Hooray.

The Goofs from NH were seemingly confused and invited me to stay with them at their house. I dropped my coworker off at the airport, got drunk off one beer (I’m not sure how that happened), bought $55 worth of fresh seafood, and drove the two hours down to see them (after sobering up, of course).

As soon as I got there, I lost my virginity at Red Arrow Diner in Manchester. Then we went out for drinks and people watching. The next day we went out on their boat and found the best lobster roll of the trip at a little beach side food shack. I also had the fried oysters. I do not recommend. We met up with some of their friends at an island that were more than willing to feed me pineapple infused vodka and the vodka infused pineapple chunks. 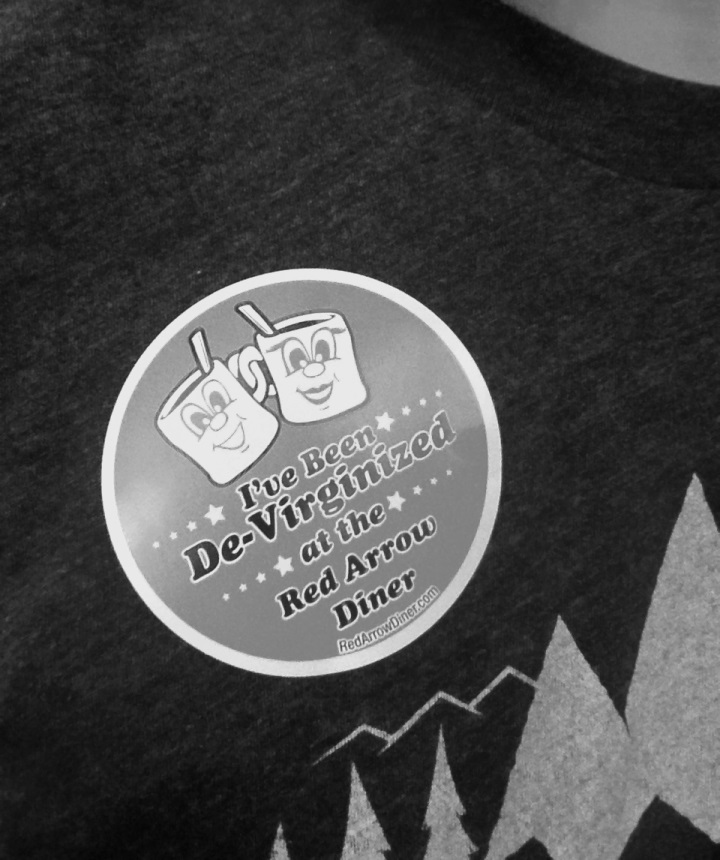 The following day was the day I could finally say that I climbed something on the east coast. We went to Pawtuckaway State Park and climbed precisely one pitch. It was hot, humid, and moist so the climbing wasn’t great. But the company was.

After I left them, I made my way back to Portland to pick up my coworker. I stopped in Portsmouth for the biggest and bestest plate of mussels I’ve ever had and made the mistake of getting the fried shrimps. They were not worth the calories or the monies. 45 minutes later, I was in Cape Elizabeth eating a crab roll as the Atlantic waves were crashing into the shore. 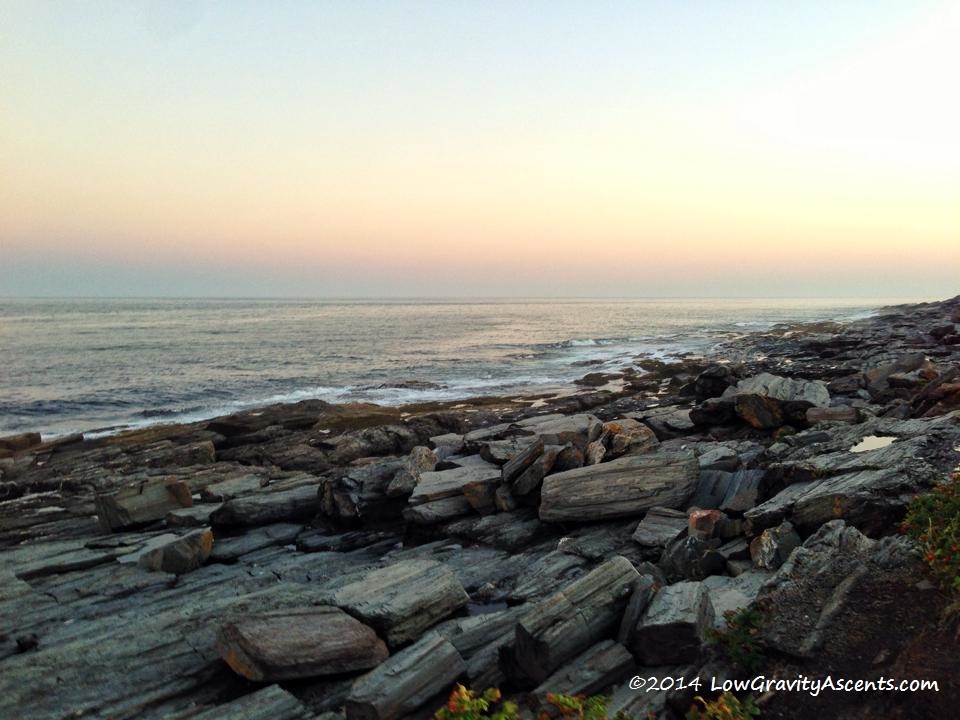 And then I was all like, “work, work, work. Boom. Done. Home to Colorado.”

I’ve been home for 4 days now, and there’s still no shortage of things to do that keeps my anxiety levels above average.

My garden is still outta control so I made some refrigerator pickles. 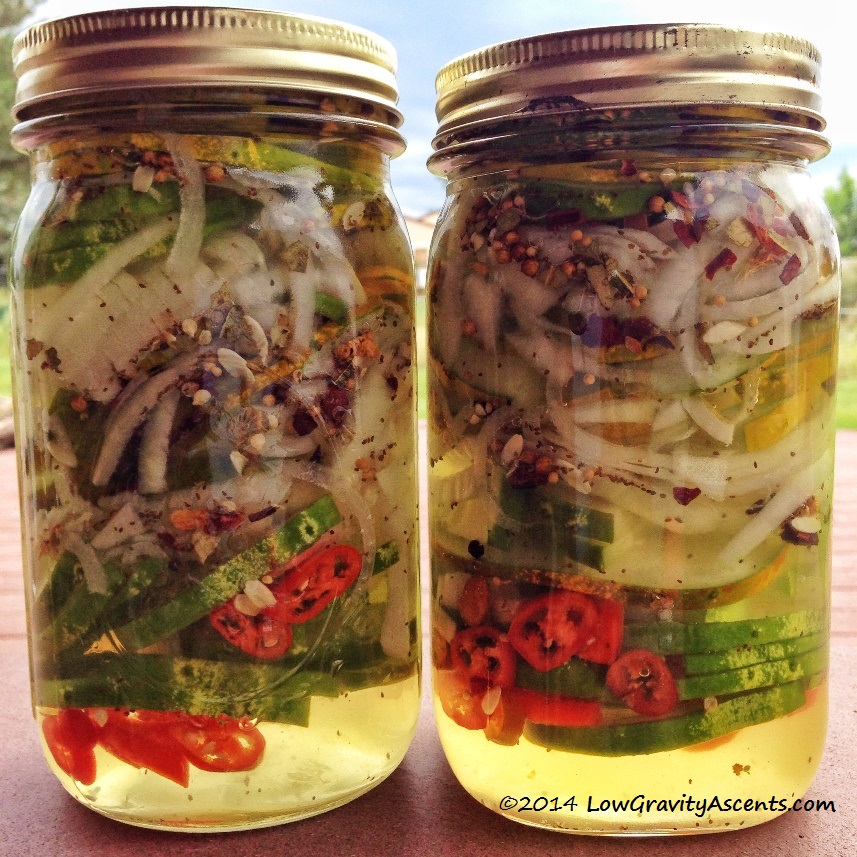 My van has a pretty huge transmission leak, 3 engine codes, and another smaller leak coming out of something else. Really excited to start working on it and documenting that (hopefully tonight).

Annnnnnd I still have office work and freelance projects going on. Not to mention another surprise, soon’ish.

Have no fear, #VanLife is near!