I’ve been playing sports since the age of 5. I feel as though I have the authority to say this:

Starting around the age of 5, my older sisters would invite the neighborhood kids to come by and play baseball in our yard. Since they’re significantly older than me, they’d “let” me run around the house anytime someone would get a hit. That’s the game I played.

Then I got a little bit older, and my friends and I started playing full-contact backyard football. (Along with T-ball, but baseball is lame anyways.) 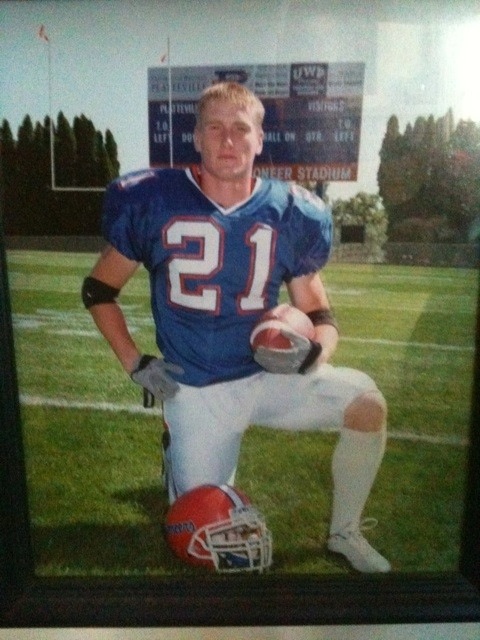 Finally, at the age of 10 while in fifth grade, I got to play my first “real” organized sport: basketball. A short two years later: FOOTBALL!

From approximately 1994 – 2004, I played organized, sanctioned football. Also during that time, but not entirely, I played basketball, track, and wrestling. Especially in Junior High and High School, where I was a 3 or 4 sport athlete, my life revolved around sports.

After completing my time playing football, which lasted the longest, I needed something else to fill the competition void. I chose powerlifting. It was also during this time that I had decided that if I can’t be the one competing, I want to be the one getting others ready to compete. I went all-out on becoming a personal trainer with an emphasis on sports performance. 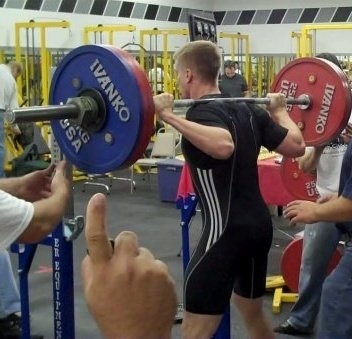 I’m not a powerlifter anymore; I still train select others; but I’ve quite obviously now moved on to climbing and other awesome sports.

If there’s been one constant in my life, it’s sports.

For someone that has devoted their entire life to sports, this might come as a surprise to you, but it’s true. Take basketball for a second…

10 people, running up and down a court hundreds of times per game, for what? To put a stupid ball through a stupid basket.

Ha! You’re not even competing against anyone but yourself!

Oh, but wait. Climbing is “above” all of this, right? It’s pure. It’s movement. It’s a connection with the rock. It’s the joy of summiting. 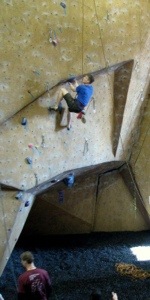 My first climbing competition, 1 year after I started climbing

I’m sorry, but this is nature. There are winners and there are losers. There is evolution.

And that’s still true to this day, even if it takes on varying degrees and forms that may not be easily recognizable on the surface.

But it’s what we know as humans. We can’t explain why we need to compete. I can’t even explain why I have to show my superiority over someone/thing. But I do.

It’s stronger in some than others. That’s apparent.

But it’s still there. No matter how geeky, awkward, rich, poor, passive, or timid you are.

And you should accept it. In fact, the sooner you accept it, the sooner you will see success in whatever it is you are competing for (jobs, customers, significant others, online gaming, etc.). And once you start getting wins under your belt, you’ll starting getting more and more. And then you’ll be unstoppable. A happy life, is a full life.

You wanna know the most sensible and idiotic sport? Mixed Martial Arts.

Two people, beating the crap out of each other, winner shows dominance, gets paid, gets the mate.

But it’s still just two people beating the crap out of each other.